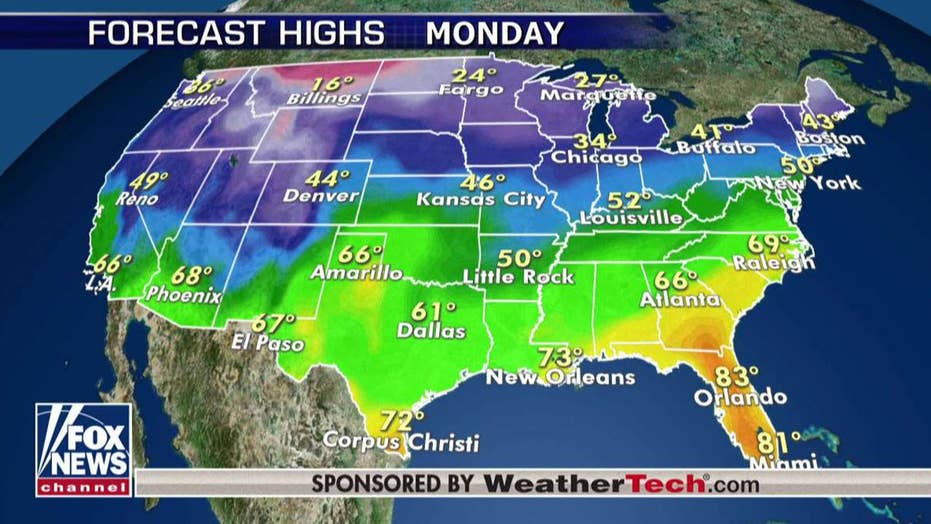 Thousands of residents across the Pacific Northwest were without power on Monday after a storm system brought heavy snow to the region, part of an active stretch of rough weather over the next couple of days.

Forecasts said that snowfall will be measured in feet in the Cascades, the Northern Sierra Nevada, Northeast Oregon, Northern and Central Idaho, before impacts shift further east into Western Wyoming, North-Central Utah and the Colorado Rockies.

"Wintry weather is the headliner with numerous Winter Storms Warnings and Winter Weather Advisories in effect from the Cascades of Washington and Oregon, eastward to the Central Rockies," the NWS said.

The region's first major winter storm of the season spawned widespread warnings about forceful winds, snow dumps and freezing temperatures. The Seattle metro area has been under winter weather advisories until late Monday as they may pick up several inches of snow.

"Expect treacherous and icy travel conditions in these affected areas," the WPC said.

A 30-mile stretch of U.S. Highway 2 was also closed at Stevens Pass due to downed limbs and power lines.

The Portland metro area was also bracing for a possible round of snow in the coming days that will be coupled with below-freezing temperatures.

Several accidents were reported on Sunday as snow fell in parts of Oregon. (Oregon State Police)

Several crashes were reported Sunday in Oregon as snow was reported in central areas of the state along U.S. Highway 97.

Many in the Portland area were preparing whatever may come later this week.

Jake Doherty, an employee at an Ace Hardware store in Lake Oswego, Ore., told FOX12 the store had already gone through half a pallet of ice melt by Sunday afternoon.

“As soon as the snowflakes start to come down, we really see people come in,” Doherty told FOX12. “It’s a pretty big surge of people, which is always fun. It’s fun to get everyone what they need and out the door safely.”