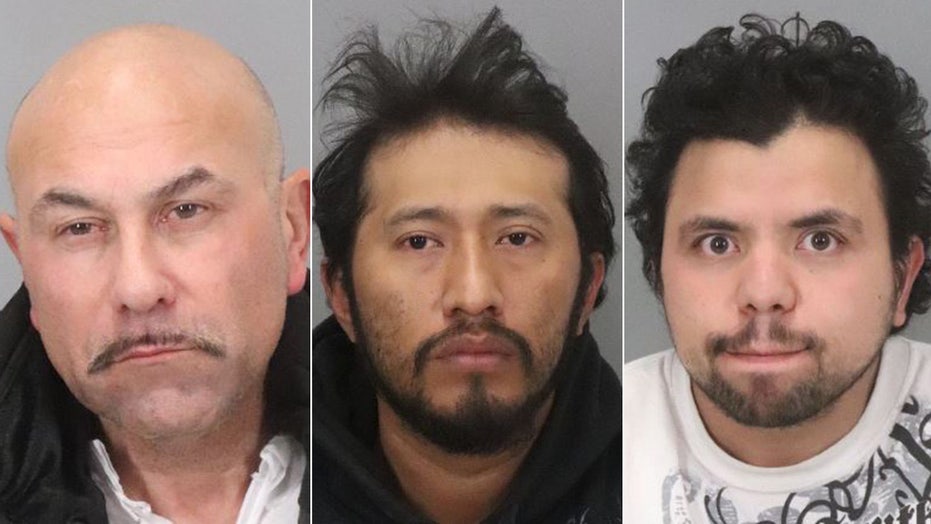 A Snapchat message a 14-year-old California girl sent to friends saved her from being forced into prostitution by three men -- one of whom was charged with raping her, according to news reports.

Police in San Jose, Calif., said the girl sent the message Tuesday morning as she was being driven by the strangers 40 miles to a motel.

Citing court documents, KPIX-TV said the girl, who had been drugged, wrote, “Somebody help me. I’m in a random man’s car … I am not in Santa Cruz. Where am I?”

After determining the girl was at the E-Z 8 Motel, officers went there and arrested Albert Vasquez, 55, of San Jose, as he was leaving a second-floor room, Fox 2 San Francisco reported. The girl was found inside the room.

Vasquez was arrested on charges that included kidnapping and rape.

Alleged accomplices Antonio Quirino Salvador, 34, and Hediberto Gonzalez Avarenga, 31, both of Fremont, Calif., were charged with kidnapping, Garcia said. They were arrested Wednesday.

Police said the girl was being held against her will at the motel and threatened with being forced into prostitution, KPIX reported.

“Follow-up investigation by detectives revealed suspect Vasquez met the victim in the City of Capitola on January 14th," Garcia said in the release. "Vasquez gave the victim drugs and she became incapacitated.”

He said Vasquez then enlisted the help of Salvador and Avarenga to drive her to the motel.

Garcia said Vazquez sexually assaulted the victim in the car and in the motel room.