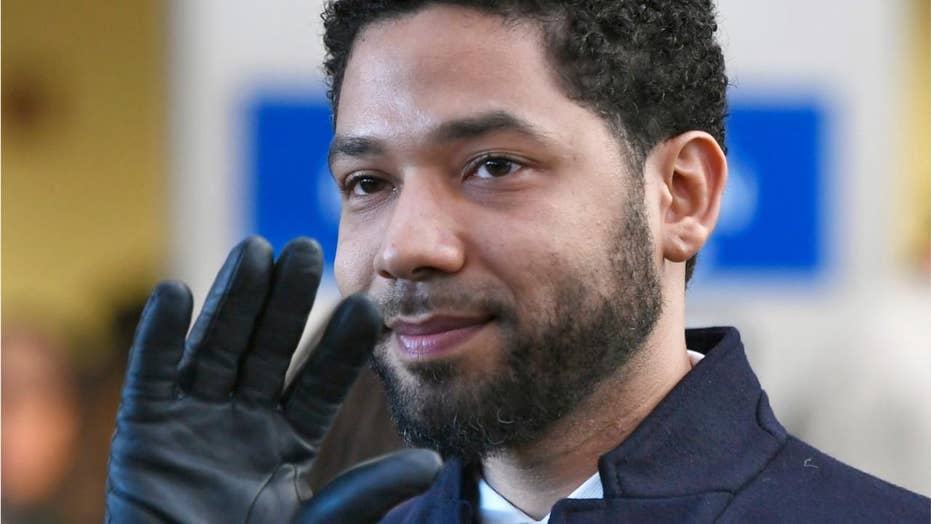 Special prosecutor Dan Webb, who is investigating the Jussie Smollett case, donated $1,000 to Kim Foxx’s campaign and co-hosted fundraiser for her.

The special prosecutor appointed to look into why the state’s attorney’s office in Chicago abruptly dropped the case against “Empire” actor Jussie Smollett allegedly staging an attack on himself acknowledged Monday that he donated to the top prosecutor’s campaign and that his law firm co-hosted a 2016 fundraiser for her.

Included with Webb’s filing was a copy of the flyer touting the fundraiser. The invitation notes lawyers in the firm including Webb, a Republican, supported Foxx, a Democrat, in her campaign for state’s attorney.

“I should point out that it is common for Winston partners to host fundraisers for political candidates at our firm,” Webb wrote to Judge Michael Toomin, who appointed the former U.S. attorney as special prosecutor in August. “It is also common that my Winston partners request that I contribute to these fundraisers.”

The Chicago Sun-Times reported that Webb was one of three attorneys listed as a "host" of the fundraiser.

Webb said the matter was brought to his attention last week by Michael Bromwich, an attorney for Foxx. He said Bromwhich “made it clear” Foxx won’t claim any conflict of interest or make “any other objection related to this contribution.”

A hearing is scheduled for Friday, during which Webb is expected to discuss the political donation with Toomin.

The Chicago Police Department maintains that there is overwhelming evidence Smollett staged the attack and paid his two “attackers” to carry it out.

The Cook County state’s attorney’s office charged Smollett in February with 16 counts of disorderly conduct for allegedly orchestrating the incident. However, it dropped all of the charges a month later with little explanation, angering city officials and the police.

Then-Chicago Mayor Rahm Emanuel stood shoulder-to-shoulder with his city's police force after the announcement and denounced prosecutors for dropping charges and slammed the episode as a "whitewash of justice."

Chicago Police Superintendent Eddie Johnson and Emanuel said they were not only furious with the outcome of Tuesday's surprise hearing but also blindsided by the decision itself, with the officials only learning Smollett wouldn't face charges for allegedly faking a hate crime at the same time the public found out.

Smollett's attorneys say their client continues to vehemently deny making any false statements in the case and said he remains the victim of a crime.