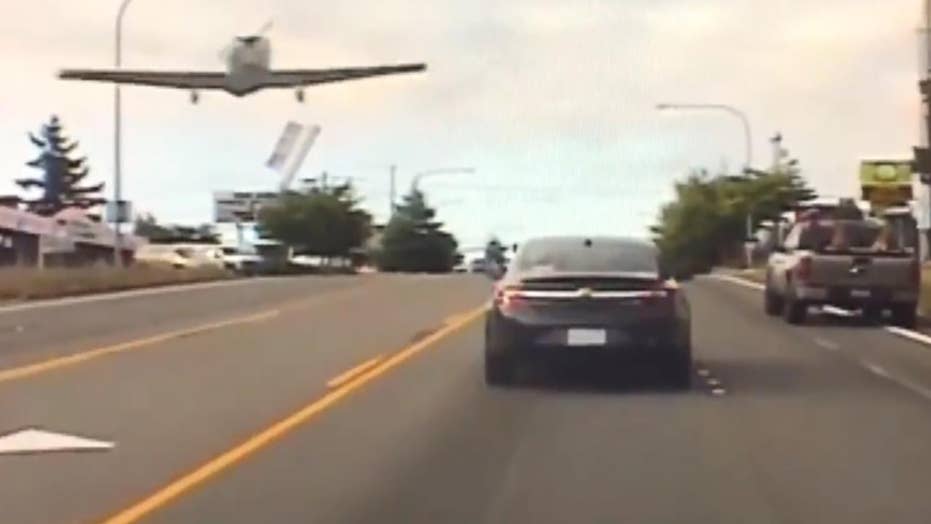 Video: A state trooper captures a small plane making an emergency landing onto a busy road in Pierce County, Washington. The plane encountered a fuel system malfunction; no person was injured in the incident.

A pilot in Washington state had to make an emergency landing on a roadway last Thursday — and a state trooper caught the stunning sight on dashcam video.

Video released by Washington State Patrol shows vehicles braking and swerving to make room for a small plane low to the street in Parkland, a city in Pierce County.

The trooper quickly turns around and heads the direction the plane is headed on Pacific Avenue. The dashcam footage shows the plane make a shaky landing on the street, eventually stopping in a lane near an intersection.

The trooper makes his way over to the pilot, and the two work together to move the plane off the road, according to the video.

The small plane was flying from Yelm to Boeing Field in Seattle, but had to make an emergency landing when the plane's fuel system malfunctioned, KCPQ reported.  The state trooper said he'd never experienced anything like this during his 21 years with the Washington State Patrol.

Neither damage nor injuries were reported following the incident.