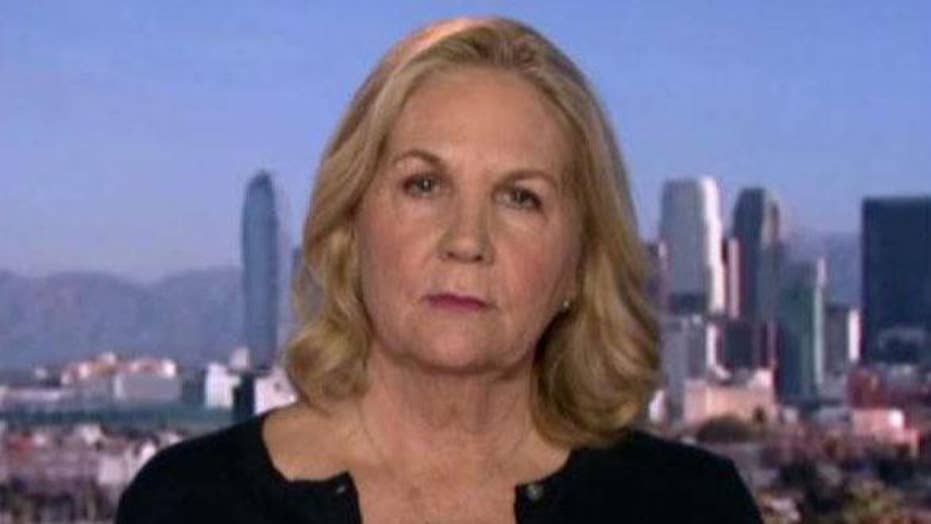 Widow of officer Daniel Faulkner, Maureen Faulkner reacts to her husband's killer being granted an appeal by the judge.

The man who was convicted of killing a Philadelphia police officer at point-blank range 37 years ago might have a chance to overturn his conviction, something the officer's widow says she just doesn’t understand.

The widow, Maureen Faulkner, told Fox News’ Martha MacCallum Thursday night that she is frustrated with the Philadelphia District Attorney’s Office for not appealing the ruling, which could conceivably mean eventual freedom for the man who killed her husband.

During a traffic stop in 1981, 25-year-old Daniel Faulkner was shot in the back by former Black Panther Mumia Abu-Jamal. Faulkner fired back, striking Abu-Jamal but he was himself seriously injured. Three eyewitness accounts say that’s when Abu-Jamal walked over to the wounded officer and fired four shots at close range.

Mumia Abu-Jamal, convicted of killing Daniel Faulkner, has been granted a right of appeal

Maureen Faulkner, wife of murdered police officer Daniel Faulkner, speaks out about his killer being granted a right of appeal.

“It’s very emotional for the Faulkner family and I to have to go through this, and it’s been 37 years and people need to know that there’s no doubt that it was Mumia Abu-Jamal who with premeditation and malice murdered my husband,” the officer's widow told Fox News.

Abu-Jamal was convicted and sentenced to death but that sentence was vacated after it was revealed that the jury was improperly instructed.

For 36 years Abu-Jamal has been unsuccessful in appealing his conviction because of forensic evidence and eyewitness testimony against him.

During a traffic stop in 1981, 25-year-old Daniel Faulkner was shot in the back by former Black Panther Mumia Abu-Jamal. (File )

But a 2016 Supreme Court ruling was what led one Philadelphia judge to rule in favor of his appeal.

The Supreme Court ruled that Pennsylvania Supreme Court Justice Ronald Castille, who was the Philadelphia DA who prosecuted Abu-Jamal, should never have been involved in his appeals process.

Maureen Faulkner says despite this, she knows Abu-Jamal is still guilty in her husband’s tragic death: “I don’t understand why the district attorney will not appeal it.”

She said throughout the years she has been targeted by activists who claim his innocence. She says she has received death threats and been spit on and heckled in court appearances.

“This is horrible that this is still going on and that these people are treating us this way. … I’m the victim.”