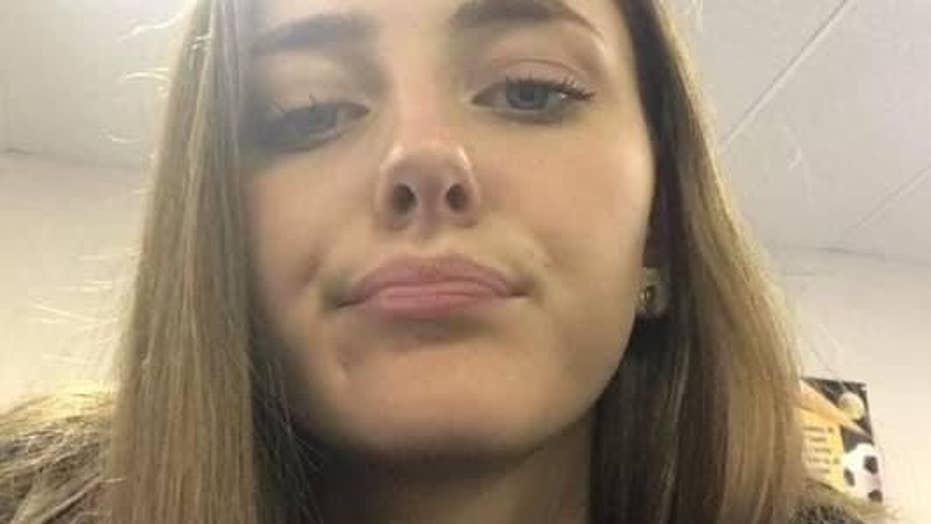 The case went cold as soon as it began.

Just three days before Wisconsin teen Jayme Closs captured national headlines last October following the horrific murder of her parents and her own kidnapping, almost 2,000 miles away on the sleepy California border with Nevada, 16-year-old Karlie Guse vanished with little fanfare and next to no trace.

While Closs was miraculously found alive in January, Guse’s tiny town of Chalfant and surrounding California counties Mono and Inyo, have been left ripped at the seams, with many more questions than answers.

“It has been seven months,” her mother, Lindsay Fairley, told Fox News. “At 9:35 a.m. on Saturday, October 13, I was notified by her father – my ex-husband – that she was gone. Gone to me is a huge red flag and it has never sat easily with me.”

“There isn’t anything, we have followed every lead,” Sheriff Ingrid Braun of the Mono County Sheriff’s Office, which is tasked with the investigation, told Fox News. “It is super frustrating. It’s an open investigation until Karlie is located.”

The ordeal began the night before, on Friday, Oct. 12. Karlie skipped a local football game and instead attended a small gathering with her boyfriend and a few others where she is said to suddenly have become frightened and erratic after smoking marijuana.

Sometime just after 8 p.m., a distressed Karlie called her stepmother, Melissa Guse –with whom she lived at a rural property outside the nearest town of Bishop, along with her father, Zac, and two younger brothers – to hurriedly come and collect her. But as Melissa approached the location, she found Karlie already had left, and was frantically running on a dark lane. On the drive home, Karlie allegedly repeated she was scared, changed seats multiple times and was worried the vehicle would kill her.

Once home, according to testimony given by her father Zac and stepmom Melissa, Karlie – whose pupils were hugely dilated – continued to express fear and referred to the lettuce in her salad as the “devil’s lettuce.”

YOUR PHONE IS SPYING? THE TRUTH BEHIND THE STRANGE PHENOMENON

That night, Melissa said she made a secret audio recording of her disoriented stepdaughter so she would be able to later hear what she sounded like high.

A former homicide detective and private investigator, Michael Boone, who obtained permission from Fairley, to talk to Fox News, said that the audio clip was the last “proof of life” in which her voice was heard about 10:30 p.m. that night.

Fox News listened to one of two alleged recordings, which was 8 minutes and 45 seconds long. Karlie’s shaking voice conveyed deep angst, saying she didn’t want to sleep in case she was killed and asking Melissa to call 911 if needed. The teary teen apologized and allegedly continued in something of a panic mode – littered with “I love you’s” and “hi”– talking to her stepmom, who appeared to have been calmly talking her down, until after 3 a.m.

As evident in the audio, Melissa later described Karlie’s behavior as vacillating between paranoid and excited – scared at one moment and wanting to paint toenails and color books at another. Yet there was a seeming sense of something off as the stepmom exchanged text messages with Karlie’s boyfriend, who was concerned about her state.

“From Friday evening to Saturday we had several texts. I told Donald ‘please pray’ one time,” Melissa Guse wrote to Fox News in an email exchange. “Karlie was talking about going to church and wanting to read the Bible.”

According to Melissa, she spent the night with Karlie before dozing off. She told Fox News she slept beside her and checked on her at 5:48 a.m. Melissa clarified that she stayed there and roughly 90 minutes later – arising between 7:15 and 7:30 a.m. – Karlie was nowhere to be found.

Karlie is described as 5-foot-7, 100 pounds with dark blonde hair and blue eyes. While there is some confusion about what she was most likely wearing on that morning, it is believed she was in gray pants and Vans shoes.

Three separate witnesses, Braun said, confirmed having seen Karlie that morning exhibiting strange behavior. One witness described her as holding a white piece of paper, which those close to her have since speculated was from a counseling session.

The last documented sighting was of Karlie walking toward California 6. The prominent U.S. Route 6 stretches all the way from California to Massachusetts, weaving through 14 states – by way of Nevada to Nebraska, Indiana and then New York.

“Karlie may be disorientated and does not have any personal belongings or cell phone with her,” cautioned the sheriff in a post on Facebook.

With no immediate indication of abduction or physical description of a vehicle, no Amber Alerts were sent. There are no security cameras on the exterior of the home, and according to law enforcement, there are no gas stations or other markers in the vicinity with cameras. The house – just miles from the Nevada border – had no signs of forced entry.

Helicopters, search dogs, horseback searchers, and off-road vehicles were dispatched to comb the rugged terrain over the ensuing days, only to come up empty.

It was assumed that Karlie also left without any adequate clothing to shield her from the harsh elements that come with the frozen desert early mornings and painfully hot days on the eastern edge of the Sierra. On October 25, investigators announced that the ground search had ended.

The FBI was called in to assist on the case and do a forensic sweep of her electronic devices and social media. Braun said that they have remained vigorously involved, which a spokesperson for the Bureau’s Sacramento Field Office confirmed.

Yet the case has become something of a social media firestorm. While scores of support pages and private groups have sprung up from both those who know Karlie and those who do not, they have brought with them a multitude of questions, despair, theories, and frustrations.

In the months following the conclusion of the official search, both locals and out-of-towners have been trying to find the teenage girl.

Kammi Foote, the Clerk/Recorder and Registrar of Voters for nearby Inyo County, told Fox News that she was approached through a mutual friend of Melissa Guse on Oct. 31 as a community event organizer to help orchestrate a volunteer search for Karlie in the vast topography, which she did in November.

“About 50 people came out and we focused on two areas. We weren’t professional, we wanted to just show support,” she said. “We found nothing.”

Foote said she organized a more low-profile search again in early January, which about 18 people attended. She acknowledged there are scores of remains in the area given the array of wildlife, but stressed that anything they weren’t certain about, they turned over to law enforcement.

Retired Mammoth Police Department Sgt. Paul Dostie told Fox News he came into the convoluted case independently late last year and set about searching the contour. In December, he said, bloody underwear was found and their team collected piles of coyote scat and turned it over for testing. In terms of the latter, Dostie said there are only a couple of laboratories in the country capable of accurate testing, and thus he later clarified that those should be sent to those locations for accuracy.

He insisted they weren’t sent to the correct facility but to the California Department of Justice. But at the time, the sheriff said the underwear was not believed to be linked to Karlie.

Moreover, Fairley and Boone both have voiced their dismay about persons potentially interfering with an open investigation.

As for the test results so far, they remain under wraps. Braun told Fox News that they are not releasing any details of the investigation that would include anything about audio recordings, information gleaned from electronic devices, or testing of items until the case is closed.

Braun also noted said the Mono County District Attorney’s Office has been briefed on the investigation, but they are not actively involved.

Yet from Fairley’s point-of-view, the past seven months have been a maelstrom of mishandled official protocol, and lack of transparency.

“I want answers, I want some clarity as to what is going on in this case and why the polygraphs have not been released,” she said. “I know it is an active investigation, but I feel as the biological mother, I have the right to know.”

Meanwhile, Melissa, the stepmother, insisted that law enforcement is doing all it can and acknowledged to Fox News that she and Fairley are not on speaking terms as the case languishes without resolution, noting that the “accusations and conspiracies” leveled against her personally are “far beyond reach.”

“I love Karlie like my own daughter and I always will,” she wrote.

Prior to her disappearance, Karlie was a junior at Bishop Union High School, where other students characterized her as a well-liked, kind, and introverted student.

“She was sweet and quiet until she came out of her shell,” one fellow student told Fox News, pointing out that in the seven months since she left, little has been said at school and the few posters that went up at first were later taken down.

Another family friend said Karlie never gave any indication of wanting to run away or anything more sinister.

“We talk about her every day. Stuff like this just doesn’t happen in Bishop,” said the friend, who recently left the area. “People don’t go missing.”

Prior to her disappearance, Karlie was a junior at Bishop Union High School, where other students characterized her as a well-liked, kind, and introverted student. (Mono County Sheriff Department handout)

However, one school friend told Fox News that word was that Karlie had a couple of odd episodes in the days leading up to her disappearance, expressing some irrational concern about being “tracked” on her phone. Nonetheless, both Fairley and Melissa Guse contended that they had not observed unusual behavior prior to her disappearance.

“Of all the years I have been investigating these cases, this really is the craziest case,” Lynda Bergh, who sometimes partners with Boone as a private investigator, told Fox News. “There are all kinds of theories of what might have happened, but there just isn’t the evidence.”

With the passage of time, the pain of not knowing only burrows deeper. May 13 marked Karlie’s 17th birthday, her first as a missing person.

“I will never give up looking for her,” Fairley said. “Nothing makes sense. There are lots of unanswered questions. I want to know where my baby is, somebody, knows more than they are saying.”