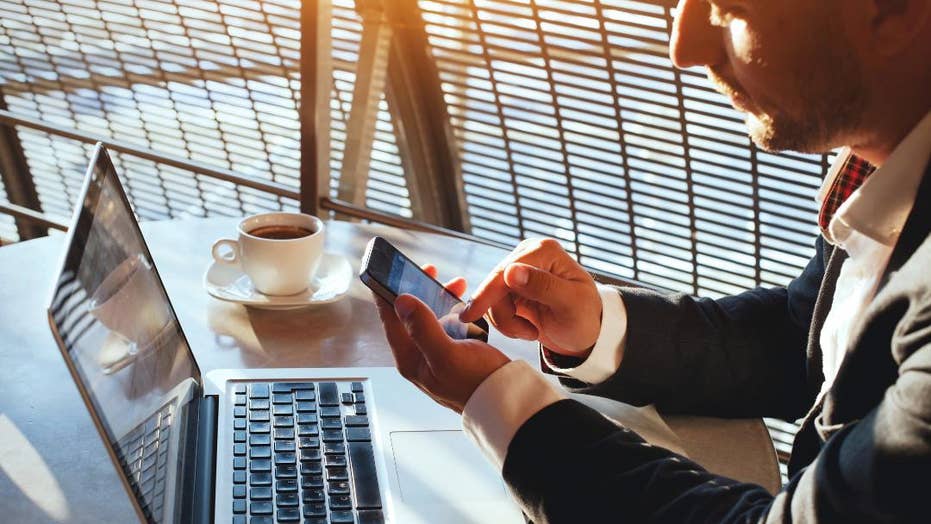 Is your smartphone spying on you?

Cell phone users get answers on how marketing and tech firms use their digital footprints to push advertising on target groups.

Almost everyone has an eerie a tale to tell.

Perhaps you’ve been talking to a friend about an island vacation, when suddenly deals for the Maldives or Hawaii pop up on your Facebook feed. Or you are talking to your co-worker about yard renovations when advertisements for lawnmowers litter your Twitter, or maybe you were talking about why you stopped drinking and a random sponsored article about the growing trend of “elective sobriety” is suddenly in front of your eyes.

Creepy or coincidence? Was your smartphone eavesdropping on your conversation?

“It’s easy to feel like our phone is spying on us. It is actually spying on us, but it is not eavesdropping,” Alex Hamerstone, Government, Risk and Compliance practice lead at information technology security firm, TrustedSec, told Fox News via email. “The reason why we see ads pop up that seem to be correlated to the exact thing we were just talking about is because technology and marketing companies gather extensive amounts of personal and behavioral data on us, but it’s not from eavesdropping — it’s from surfing the web, shopping, posting on social media, and other things people do online.”

Hamerstone stressed that there are simply huge databases about individuals and also about larger behavioral patterns that play with our psyche.

“For instance, people who search online for mortgages and also for vacations tend to have a baby within nine months. So if an advertiser sees the first two indicators pop up for a particular user, they will start delivering them ads on baby products. This has nothing to do with eavesdropping, but from regular data collection of online activity and correlating that with established behavioral patterns,” he continued.

BERLIN, GERMANY - DECEMBER 14: The Logo of videotelephony product FaceTime is displayed on a smartphone on December 14, 2018 in Berlin, Germany. (Photo by Thomas Trutschel/Photothek via Getty Images) (Getty Images)

And the reasons that ads appear so on-the-mark and targeted are two-fold. First, it is psychological that you focus on the super-targeted ads – similar to how a fortune teller works, they will make 10 statements, and one is correct, and that is the only one we remember. Similarly, if you mention to your friend that you have been wanting a bike, and a bike and suddenly pops up, you may be startled by the bike ad and think your phone is listening, but ignore that fact that you also got served 20 ads for something you would never buy or even consider, Hamerstone observed.

“(But) they know so much about us that they can target us with highly specific ads, which are often incredibly accurate, and sometimes they even seem to be predictive. They may know your browsing history; they also can correlate stuff. For example, they may have a bunch of data that shows that people who visit a vacation website may also want to diet or get in shape. So you visit a vacation web site, and then a day later you get an ad for diet pills,” he pointed out. “If you are discussing dieting around your phone, you may assume that your phone was listening, but in reality, the targeted ad came from other behavioral evidence that was collected about you online.”

According to Russell Holly, technology analyst, it comes down to the digital footprint you leave and “it's not uncommon to assume the worst when you stumble upon a coincidence you can't explain.”

“The scary truth is Facebook and others don't need access to our microphones to figure out what we want to see ads on. We give these companies an insane amount of information when we check in to locations and share photos and fill out quizzes to figure out which ‘Game of Thrones’ family we're a part of,” he wrote, via email. “All of that information makes it very easy for these companies to guess we'd be interested in specific categories of products, and that makes coincidences like the one you're describing very easy to come across regularly. But it really is just a series of lucky guesses from a tremendous wealth of information.”

So while targeted advertising follows you around the internet via cookies and draws conclusions based on your interests and likely future purchases, Holly also underscored that your microphone is often to set to “on” for some widely used apps.

“Although corporate user agreements don’t allow them to directly sell that voice data to digital advertisers, they are allowed to sell demographic information which they glean by the consumer’s in-app purchases, links clicked, but also potentially via conversations that are picked up,” explained Adam Levin, founder of identity protection and data risk services firm, CyberScout. “This isn’t something companies are admitting to – listening to users – but it is a definite possibility.”

It’s what he calls the “surveillance economy” – apps and virtual assistants like Siri, Cortana, and Alexa are designed to make life easier – but with the cost of surrendering much of our personal lives to the corporate behemoth.

“Many apps use automated content recognition software, which takes bits and pieces of users’ conversations and compares them with audio they pick up from television, streaming, etc., to make matches and deliver targeted ads to a consumer’s cell phone,” he noted.

In this Tuesday, Feb. 19, 2019, photo is a selection of the new Samsung Galaxy S10 smartphones during a product preview in San Francisco. (AP Photo/Eric Risberg)

But there are steps that all technology users can take to minimize those creepy vibes.

“The easiest way to avoid this is to stop giving online companies more of your information. Before you take an online quiz, try to figure out which company was behind that quiz,” Holly cautioned. “Don’t open emails from places you’ve never heard of. Use online tools like Ghostery to see how much information the sites you regularly visit are tracking you across the internet. The important thing isn’t the fact that data is being collected, it is how that data is used to create a digital image of you as a person and who has the ability to use that information to push things on you.”

After all, smartly snooping phones and technology is the reality that isn’t going away anytime soon.

“With billions of IoT [Internet of Things] and smart devices, artificial intelligence, and voice-controlled home devices, and the decline of print media which has increased the need for data to serve digital ads, it is not only growing but is the new norm,” Levin added. “Check your phone’s privacy settings; disable your microphone for apps not in use; and be mindful about what you’re giving up in terms of your privacy when you opt for the convenience of an app.”