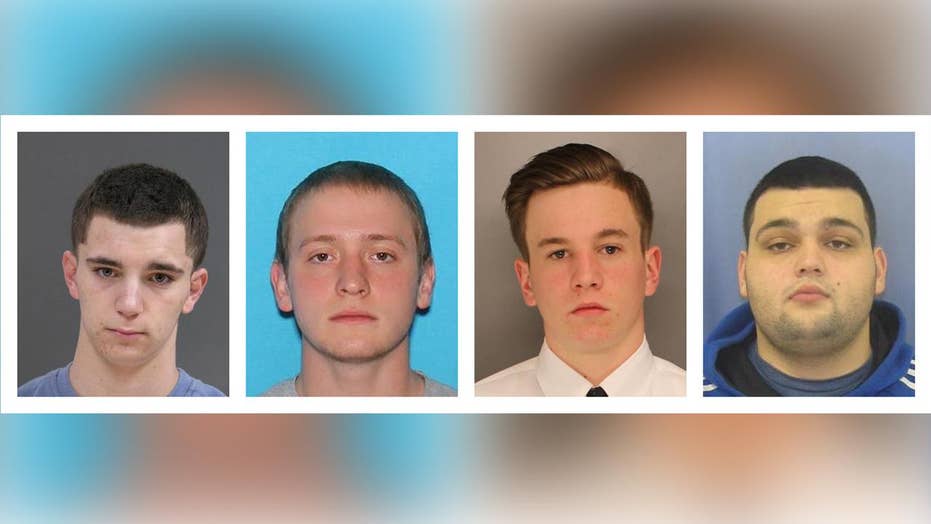 A second person of interest was taken into custody late Thursday in the investigation into the gruesome murders of four men on a secluded farm in Pennsylvania.

The unidentified person was detained in northeast Philadelphia, Fox 29 reported.

The detention comes on the heels of Cosmo DiNardo’s attorney saying that his client admitted to killing the four men and telling authorities the location of the bodies.

The Associated Press, citing a person with firsthand knowledge of his confession, reported the DiNardo had a co-conspirator.

“I’m sorry,” a shackled DiNardo said as he left the courthouse.

Prosecutors have not confirmed Lang's announcement, but the AP reported that DiNardo killed the four separately after selling them marijuana, and then burned their bodies at his family's farm.

The source spoke to The Associated Press on the condition of anonymity because he wasn't authorized to publicly discuss details of the case.

The source said the men were killed after DiNardo felt cheated or threatened during three drug transactions. DiNardo sold quarter-pound quantities of marijuana for several thousand dollars and sold handguns to area residents, the person said.

DiNardo was arrested Wednesday for allegedly trying to sell Meo's car for $500 on July 9 -- a day after Meo was last seen. That 1996 Nissan Maxima was also found on the family's farm.