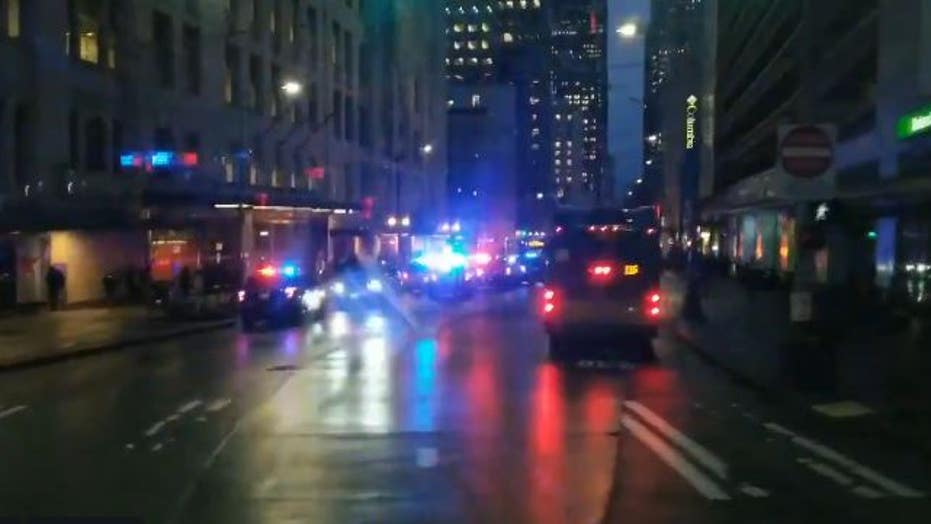 A dispute between "multiple" people led to a shooting in downtown Seattle during Wednesday's rush hour that killed one person and critically wounded at least seven others, including a 9-year-old boy, police said.

Investigators are searching for the suspects who fled in "all directions," Seattle Police Chief Carmen Best told reporters.

Gunshots rang out around 5 p.m. near Pine Street and 4th Avenue, less than a half-mile from a separate officer-involved shooting that had taken place hours before, Q13 Fox reported. A woman was found dead at the earlier scene, the Seattle Fire Department told Fox News. Best said they have no evidence that the shootings were related.

The shooting started when a dispute outside of a McDonald's between several people led to shots fired by "multiple" shooters, Best said at a news conference shortly before 8 p.m.

Homicide and gang units are at the scene. She said details about the shooting are "murky" but there's no further danger to the public.

Washington Gov. Jay Inslee said in a statement, "I am sick for those impacted by the gun violence in Seattle tonight."

A witness told KING-TV she was in a coffee shop when she heard gunshots.

“Everyone just went to the ground and as we were looking out the windows people were running,” she said. She said police responded and put a tourniquet on one man's leg before he was taken to a hospital.

In the first shooting, a suspect was taken to a hospital and was being treated for non-life threatening injuries. No officers or deputies with the King County Sheriff's Office were injured. The shooting was the city's third in the downtown area in two days.