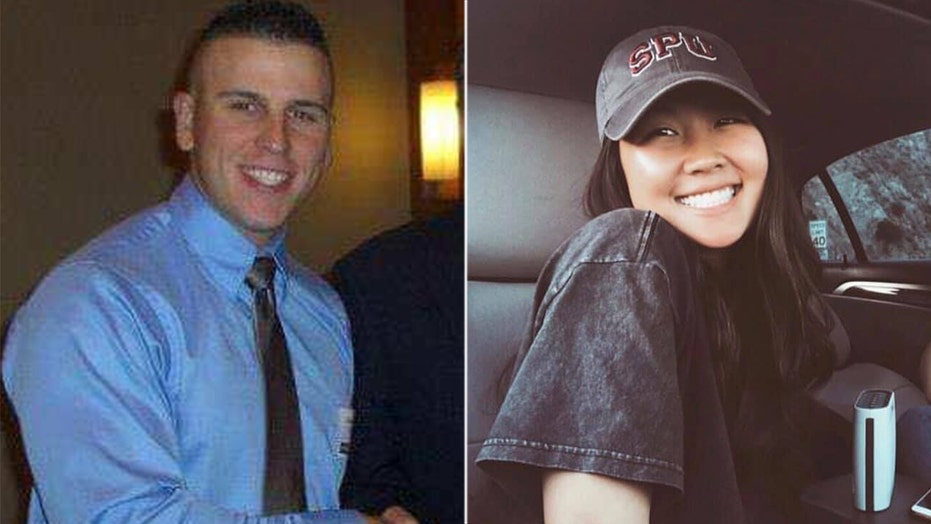 A freshman college student and a Marine who was a father were among the four people killed when a crane came crashing down on one of Seattle’s busiest streets on Saturday, prompting authorities to launch an investigation into four companies to determine what caused the deadly collapse.

Sarah Wong, a 19-year-old attending Seattle Pacific University, and Andrew Yoder, a Marine and father who was working as an ironworker on the crane, were identified as two of the people killed when a crane being dismantled on Google’s new Seattle campus collapsed around 3:30 p.m. Saturday. Officials are expected to officially identify all four victims on Monday.

Wong was sitting in a car with another student when the vehicle was struck by the falling construction crane. The university, who confirmed her death, said Wong, a California native, intended on majoring in nursing and lived on campus.

“While we grieve the sudden and tragic loss of our precious student, we draw comfort from each other, our strong community of faith, and God’s presence with us in times of sorrow,” the university said in a statement. “We ask that the community join us in praying for Sarah’s family and friends during this difficult time.”

The other student in the vehicle with Wong managed to escape the terrifying incident unharmed.

Fire and police crew members work to clear the scene where a construction crane fell from a building on Google's new Seattle campus crashing down onto one of the city's busiest streets and killing multiple people on Saturday. (AP)

Yoder was one of the two ironworkers inside the crane during the crash. The 31-year-old father, who was from North Bend, Washington, was described as a Marine and devout Christian, KOMO News reported.

“When he died – we lost one of the best people that I and many people know,” Chris McClain, who is a trustee of Ironworkers Local 86, told the news station.

The massive piece of equipment struck six cars and injured four people on Mercer Street, a notoriously gridlocked road in the Washington city. The affected stretch of the road reopened Monday.

“Our goal is to pick this apart and understand what happened,” said Tim Church, a spokesman for the Washington Department of Labor & Industries.

Emergency crews work the scene of a construction crane collapse near the intersection of Mercer Street and Fairview Avenue near Interstate 5 in Seattle. (AP)

Church added the investigation didn’t indicate there was any wrongdoing by the companies, but part of the process in identifying what caused the collapse.

"It's a very detailed process," he said. "It will actually be months before we have anything regarding the cause."

The deadly collapse is likely to bring scrutiny about the safety of the dozens of cranes that dot the city's skyscape. With Amazon, Google and other tech companies increasing their hiring in Seattle, the city has more cranes building office towers and apartment buildings than any other in the United States. As of January, there were about 60 construction cranes in Seattle.