Fox News senior correspondent Claudia Cowan reports a judge found error in exhibits that were admitted, pausing her decision whether there will be a new trial almost two decades later on 'The Faulkner Focus.'

A California judge will rule by Thursday on whether Scott Peterson will be granted a new trial – or will spend the rest of his life in prison – in the murders of his wife, Laci, and their unborn son, court papers show.

Judge Anne-Christine Massullo will rule on Peterson’s fate no later than Thursday, Dec. 22, after learning from attorneys late last week that clerical errors that delayed the decision had since been resolved, documents state.

Massullo was scheduled to release her ruling by Dec. 16 regarding whether Peterson would be granted a new trial. But she suspended the deadline on Dec. 8, until attorneys could fix errors related to personal information that was left unredacted in recent exhibits. 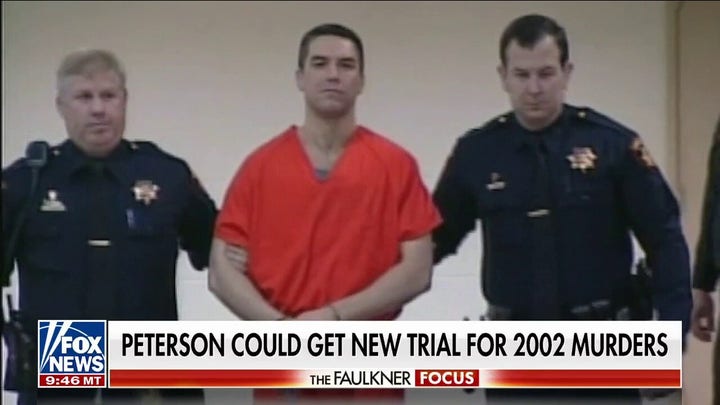 Last Friday, she wrote that the issue was resolved after four exhibits were fixed to redact personal information. 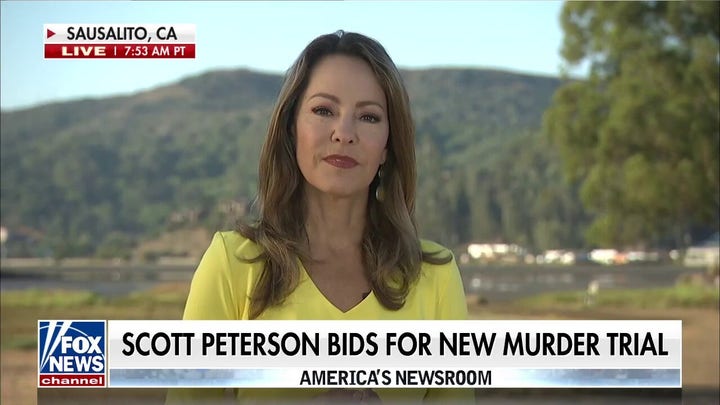 He was convicted in 2004 in the murders of his 27-year-old wife, Laci, and their unborn son, Conner. Prosecutors argued at the time that he killed Laci and disposed of her body on Christmas Eve 2002 in San Francisco Bay.

The California Supreme Court overturned Peterson’s death sentence in 2020 after news that prospective jury candidates were improperly dismissed came to light, but the court maintained his conviction.

Peterson was transferred from California's San Quentin State Prison to Mule Creek State Prison in October as he awaits his fate.

Scott Peterson is seeking a new trial after being convicted in 2004 of killing his pregnant wife, Laci, in California.

"She's inconsistent on her answers," prosecutor David Harris previously told the court. "But being wrong does not necessarily make it false or make her a liar. It just might be that she's really bad at filling out forms."

A child looks at a memorial and missing person's banner offering a reward for the safe return of Laci Peterson at East La Loma Park, Jan. 4, 2003, in Modesto, California. (Justin Sullivan/Getty Images)

Nice previously testified that she did not have any bias against Peterson until after hearing the evidence presented at trial.