Brother of Suzanne Morphew speaks out about his sister's disappearance

Andy Moorman, brother of Suzanne Morphew who has been missing since Mother's Day, spoke to Fox News about what he believes happened to his sister, and his hope to finally get closure about what had happened to her.

The scent of human remains has been discovered on land owned by Barry Morphew, the husband of missing Colorado mom Suzanne Morphew, her brother told multiple media outlets on Monday.

The discoveries were made on a plot of land owned by Barry Morphew in Poncha Springs, located about 20 minutes from where the couple lived with their high-school and college-aged daughters.

The Federal Bureau of Investigation has been called in to take over the search, Moorman said. 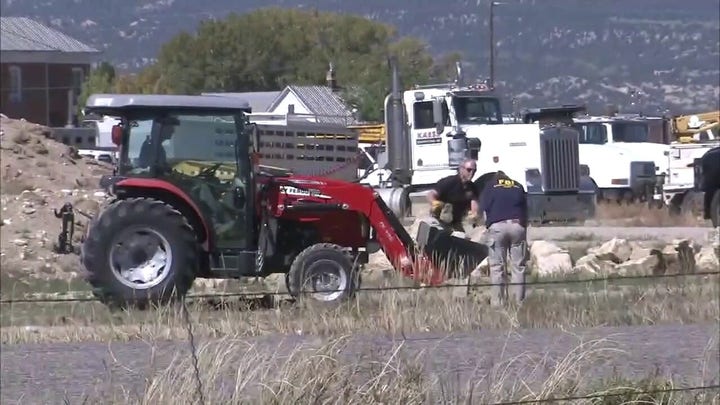 Moorman, who lives in Indiana, organized a six-day "boots on the ground" search of the mountainous area where his sister was last seen. The search began Thursday and is expected to wrap up Tuesday. Barry Morphew did not participate in the search.

Suzanne Morphew has been missing for four months. She was last seen going on a bike ride on May 10 – Mother's Day. The couple's two daughters, Mallory and Macy, were on a camping trip. Morphew's friends called one of her neighbors when they couldn't reach her. That neighbor called the police to report her missing.

Barry Morphew has said he believes his wife may have been attacked by a mountain lion.

Moorman has dismissed the theory and believes his sister's disappearance involves foul play.

Investigators searched the area where Morphew was riding her bike. They found the bike, but not Morphew.

"The bicycle was not ridden over the hill," Moorman told Fox59. "It was thrown there by human hands."

Moorman said his family had remained relatively quiet in the weeks following her disappearance because investigators told them to but that it was now time to "rally the troops."

"I've got to find my little sister, and I have to bring closure to my family," he said.

More than 100 volunteers have spent long, grueling hours looking for pieces of clothing and other items that might lead them to Suzanne Morphew.

"My sister was murdered," Moorman said. "And she was hidden within a three-and-a-half-hour window. I can draw a circle on that and tell you she's within that circle. And that's what I know happened."

At the beginning of the search, volunteers were instructed not to "dig" in the areas they were assigned to; however, some volunteers brought boats and sonar equipment to search surrounding lakes, as well as drones, search dogs and other tools.

Small groups of volunteers have been assigned team leaders, who are familiar with the terrain, to help guide them. Each volunteer has been asked to use tracking apps, which collect data and inform search organizers. The apps allow searchers to take pictures, describe items found, and record the location of where those items were found.

A GoFundMe page set up to help with costs associated with the search has surpassed its $10,000 goal. As of Monday afternoon, $20,791 had been raised.

The CBI and the sheriff's office told Fox News they could not comment on an active investigation.

"I can share that the investigation team has, and continues, to follow up on the hundreds of leads that have been reported since Suzanne went missing in May," Susan Medina, a spokeswoman for the CBI said.