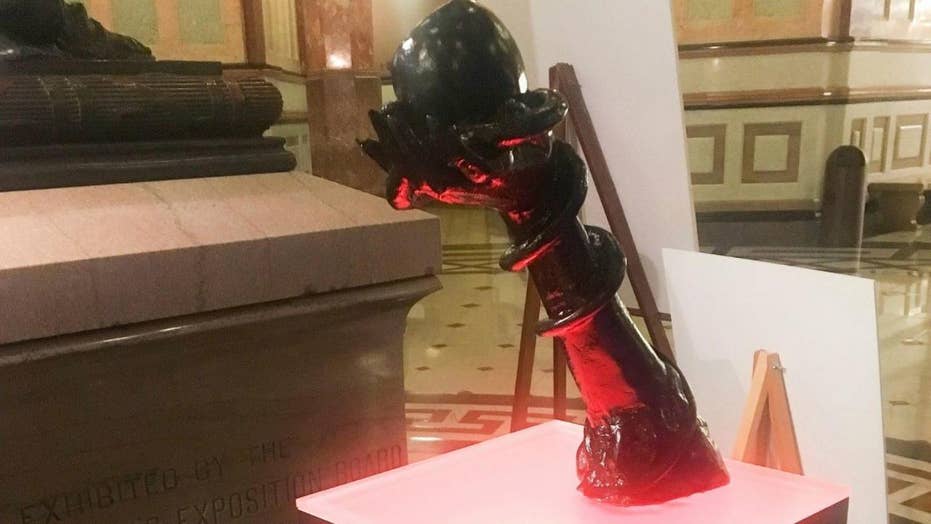 A satanic temple’s statue will join a nativity scene and a menorah in the Illinois State Capitol building.

Just in time for the Christmas season, a local chapter of the Satanic Temple has been granted permission to place a statue in the Illinois Capitol -- alongside holiday displays of a Nativity scene and a menorah.

The statue is called “Knowledge is the Greatest Gift” and it depicts the forearm of a woman. There is a snake wrapped around her arm and she's holding an apple, the State Journal-Register reported Monday. The sculpture is about 4 1/2 feet tall including the base.

The Satanic Temple-Chicago applied to display the sculpture. The local chapter calls itself a nontheistic organization that aims to “encourage benevolence and empathy among all people.” The group also says it rejects tyrannical authority and advocates for common sense and justice, according to the application.

The chapter has about 150 members, the State Journal-Register reported.

Illinois Secretary of State spokesman Dave Druker said the group has the same rights as other religious organizations to have a display in the rotunda.

"Under the Constitution, the First Amendment, people have a right to express their feelings, their thoughts," Druker said. "This recognizes that."

Besides the sculpture, a sign from the Wisconsin-based Freedom From Religion Foundation has been hung in the rotunda of the Illinois Capitol that states, “Religion is but myth and superstition that hardens hearts and enslaves minds.”