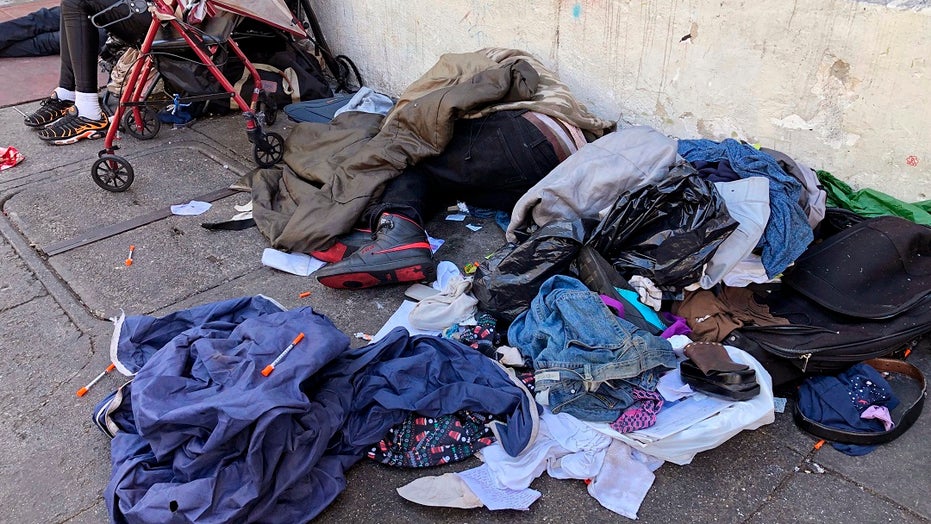 San Francisco leaders on Friday approved an emergency plan to combat drug use in the city's much-troubled Tenderloin neighborhood after Mayor London Breed made a proposal earlier this month that some fear will criminalize addicts and the homeless.

The 8-2 vote by the Board of Supervisors came after a lengthy meeting that ended just after midnight Friday. Board President Shamann Walton and Supervisor Dean Preston dissented, arguing that potential over-policing could impact African Americans, among other issues.

"I know that this is an incredibly painful, traumatic and emotional conversation," said Matt Haney, the supervisor who represents the neighborhood, before the vote.

People sleep near discarded clothing and used needles on a street in the Tenderloin neighborhood in San Francisco, on July 25, 2019. (AP Photo/Janie Har, File)

The declaration authorizes the city's Department of Emergency Management to bypass certain red tape in an effort to set up a temporary center where people can access drug treatment and counseling.

Tenderloin includes City Hall but has been plagued with crime and open-air drug dealing and use and homelessness. The order does not call for an increased police presence, but Chief Bill Scott said officers just can't ignore what's happening in the neighborhood, where parents have said their children can't go outside and addicts inject themselves with drugs out in the open.

"We’re out there to help," Scott said. "We’re not out there to turn a blind eye to people killing themselves on the street."

A person walks across the street from a sign for the Tenderloin neighborhood in San Francisco. (AP Photo/Jeff Chiu, File)

In a social media threat this week, Breed said: "When someone is openly using drugs on the street we're going to give them the option of going to the services and treatment we're providing. But if they refuse, we're not going to allow them to continue using on the street. The families in the neighborhood deserve better."

Deaths attributable to overdoses have increased more than 200% in San Francisco since 2018. Last year, more than 700 people died from drug overdoses in the city, more than the number who died from COVID-19, according to the emergency proclamation.

Nearly half of the deaths occurred in the Tenderloin and South of Market neighborhoods, according to the proclamation. The areas make up 7% of the city's population.

When she announced the declaration, a visibly frustrated Breed said the city needed to be "less tolerant of all the bull—- that has destroyed our city." 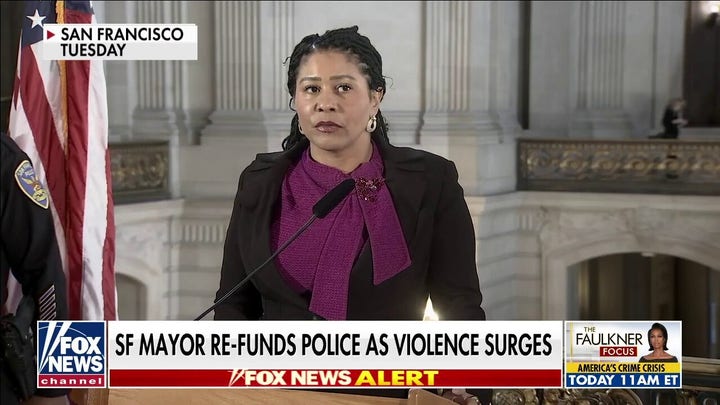 District Attorney Chesa Boudin and public defender Mano Raju both denounced the plan at a news conference this week.

"If arrests and prosecutions alone could solve the drug crisis in this country or in this city, it would have been solved long ago," said Boudin, who is facing a recall campaign. "We’ve invested over a trillion dollars in fighting the so-called war on drugs, and where has it gotten us?"

The order will last 90 days.