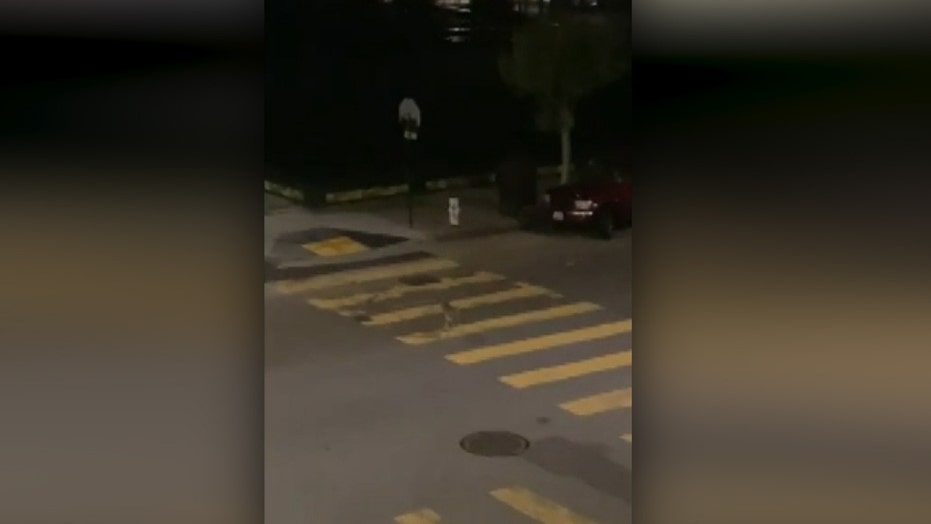 Coyotes make themselves at home in the streets of San Francisco, California, as social distancing kept people indoors

The streets of San Francisco have been empty as millions stay at home due to the coronavirus pandemic, but some neighborhoods are now reporting an uptick in wildlife as coyotes make their way into the city, howling at night.

The San Francisco Department of the Environment says that coyotes, known as the North American Song Dog, historically lived in the San Francisco Bay Area until the mid-1900s.

The animals then became scarce after poison bait was used to keep them away from farms, and they disappeared. Later, stricter regulations were put into place that allowed the animals to repopulate in the area.

CORONAVIRUS SNUFFS OUT 4/20 POT-SMOKING CELEBRATION IN SAN FRANCISCO, MAYOR IMPLORES 'DO NOT COME'

"While it’s not abnormal to see a coyote in the daytime, studies have shown that coyotes have become more nocturnal in urban areas largely to avoid humans and traffic on roadways," the agency notes.

In the weeks since people started social distancing in large numbers due to the COVID-19 pandemic, residents have documented coyotes out and about in streets now free from traffic and pedestrians.

One video filmed by Nick Delia shows two coyotes at the interaction of Greenwich and Powell Streets in the city's North Beach neighborhood howling at night.

Other coyotes can be heard calling back.

Others in San Francisco have captured coyotes out during the daytime, easily walking through streets and parks unimpeded.

One Twitter user wrote that two coyotes caught wandering the streets were "not abiding to the stay at home orders."

Authorities advise people not to feed or approach the coyotes, especially during the spring season when they may have pups in tow or nearby.

As of Wednesday, there were 27,098 cases of COVID-19 in California with at least 890 deaths, according to Johns Hopkins University.