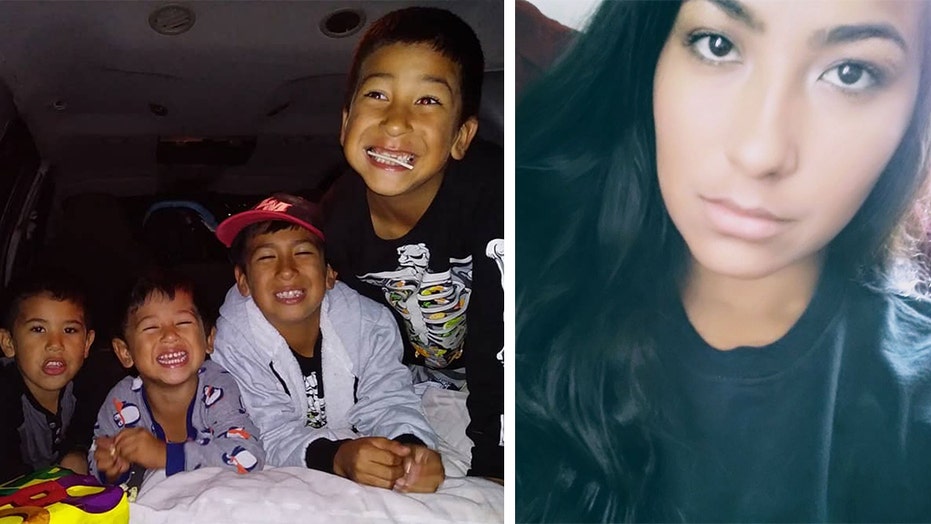 The only child who initially survived a California murder-suicide that killed his mother and three brothers has died, according to reports.

Ezequiel Valdivia, 9, had been in critical condition and on life support in the hospital after his father, Jose Valdivia, 31, allegedly shot him in the head on Nov. 16, Fox 5 reported.

Police said 29-year-old Sabrina Rosario’s estranged husband shot and killed her and their children before turning the gun on himself inside their San Diego home. (Facebook/Sabrina Rosario)

“God wanted him to come home,” Fox 5 reported Albright said. “If he wanted him to stay, he’d be here. But, he’s home with his family; they’re playing, they’re rollerblading, skating around, chasing Pokemon up in heaven.”

He added that the 9-year-old’s organs will be donated.

“It’s a tragic thing for us, but if we can turn that around for anybody else that’s all we ask,” Albright said.

Police said 29-year-old Sabrina Rosario’s estranged husband shot and killed her and their sons Enzi Valdivia, 3, Zuriel Valdivia, 5, and Zeth Valdivia, 11, before turning the gun on himself inside their San Diego home.

In the days leading up to shooting, Jose Valdivia repeatedly called and texted Rosario, who obtained a restraining order against him just one day before the shooting, Fox 5 reported.

911 dispatchers reportedly heard an argument in a call coming from the home. When police arrived, an officer peered through a window and saw a child on the ground covered in blood, the station reported.

The officer reportedly broke a window to get inside the home. The parents and their youngest child died at the scene, while paramedics rushed the other boys to a hospital, the Union-Tribune added.

Albright, who is married to Rosario’s sister, said the couple’s troubles began about a year ago, after Valdivia cheated on his wife for the second time, according to the newspaper.

The couple, who had been married for more than a decade, reportedly separated in December and Rosario filed for divorce in June.

Rosario said her estranged husband had refused to leave her alone after she filed for divorce, calling her repeatedly and showing up at her house unannounced, the paper reported.

She dealt with months of harassing text messages, including one that included a picture of a handgun with beer cans and a bottle of alcohol in the background, the news outlet reported, citing court documents.

“This threat really scared me and I can no longer handle his abuse and harassment,” she said in the documents.

A teacher at the children’s San Diego elementary school said the boys always had “big smiles” on their faces.