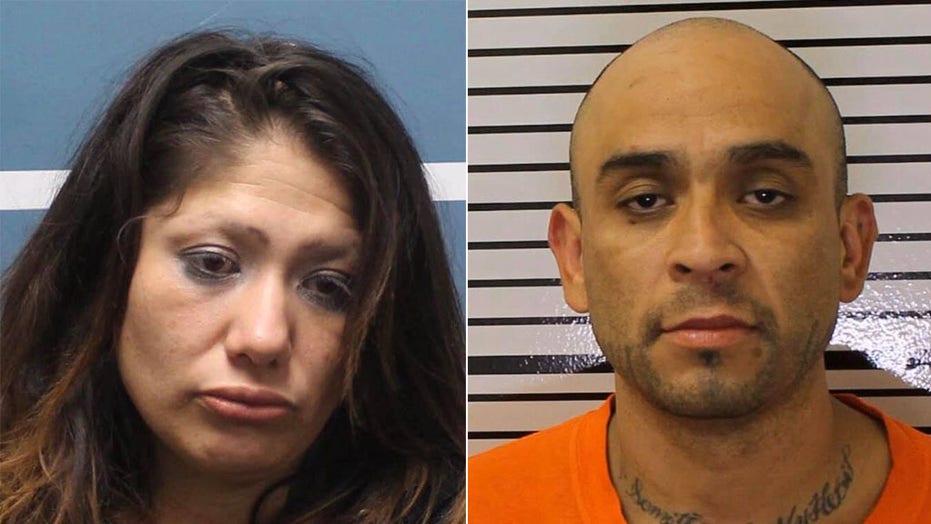 A California woman has been arrested after going on a first date with a man who arranged to meet her through an online dating app and was later allegedly robbed at gunpoint by two of her male associates, according to the Tulare County Sheriff’s Office.

Shalena Lopez, 31, and one of the men, Mario Gaona, 39, were arrested Thursday, the sheriff's office said in a news release Friday.

The second man, Cesar Domingo Jr., 27, was being sought, according to the sheriff's office. Lopez lived in Porterville, as did Gaona and Domingo.

The release said the victim arranged to meet Lopez at 2 a.m. Thursday in Porterville through the “Meet Me” social media site and knew her as "Karma."

He then took her and Gaona to a casino in Porterville where they met Domingo, according to the news release. He was told that Gaona was a “family member” and that Domingo was a friend, authorities said.

“The victim said they left the casino, and, while driving back to Porterville, he heard what sounded like two gunshots from within or around his vehicle,” the news release said.

“The ‘relative’ of the woman then threatened him with a gun,” authorities said. “The victim was told to drive to an AM/PM [convenience store] in Porterville and withdraw money from the ATM.”

The victim complied out of fear and gave the money to one of the men who had walked into the store with him, according to the release.

"Eventually he dropped them all off and was allowed to leave," the news release said.

Detectives found some of the stolen property, including cellphones, after they arrested Lopez and Gaona, according to the sheriff's office.