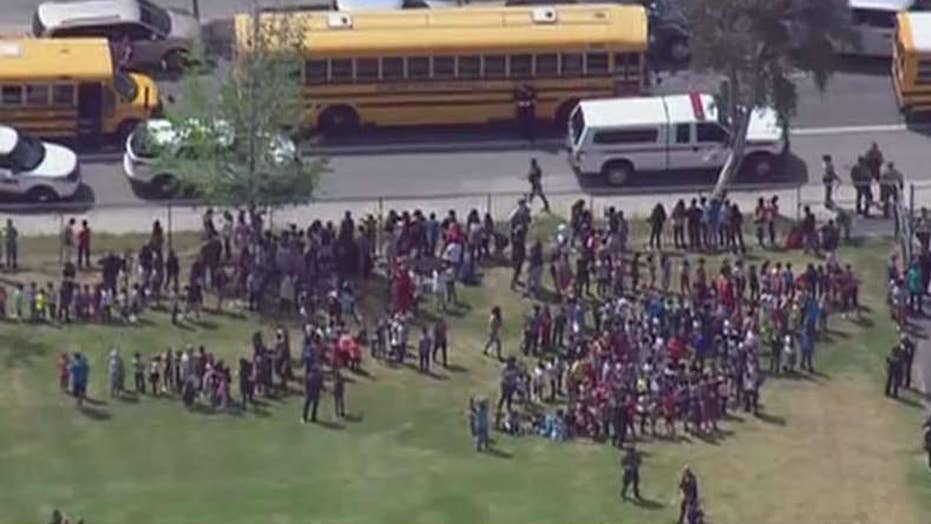 The GoFundMe page for the 8-year-old victim of this week’s San Bernardino school shooting raised more than $120,000 by Thursday morning, far surpassing the family’s original $10,000 goal.

A cousin of the late Jonathan Martinez launched the GoFundMe campaign on Monday, titled “Johnathan Our Family Angel”, aiming to collect $10,000 in donations for funeral expenses and meals for the young boy’s relatives.

“We honestly can’t thank everyone enough. We appreciate everyone’s sweet words, and we are very speechless,” Brianna Lopez, the cousin, wrote in an update on the page. “Thank you for coming together. We will keep everyone updated on any further news. My family truly appreciates everything from the bottom of our hearts.”

Martinez died in the hospital on Monday night from gunshot wounds after a murder-suicide in his special needs classroom at North Park Elementary in San Bernardino. Martinez and another student were standing near their teacher, Karen Elaine Smith, when her husband, Cedric Anderson, allegedly entered and opened fire.

Smith and Anderson died at the scene. The other student, a 9-year-old boy, was in critical condition.

Martinez had Williams syndrome, a genetic condition that can cause learning disabilities and cardiovascular problems.

“By all accounts, Jonathan Martinez was a happy child,” San Bernardino City Unified Superintendent Dale Marsden told reporters at a news conference. “The family wants, in memory of Jonathan, for our nation to be conscious and aware of what is Williams syndrome.”

A spokeswoman for GoFundMe told the San Bernardino Sun that the crowdfunding website was in communication with Lopez to ensure that the Martinez family received the donations.