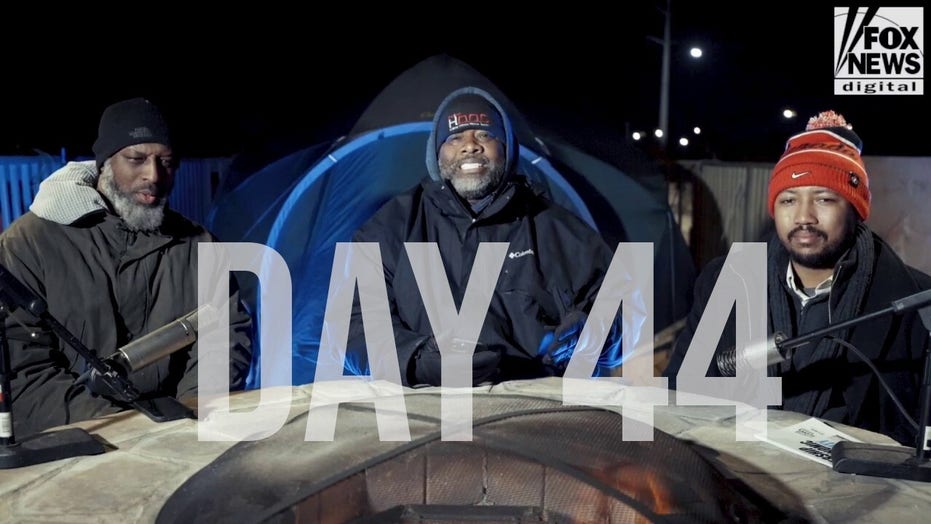 CHICAGO – Pastor Corey Brooks asked a question many are too afraid to ask: "What has Black Lives Matter done for our community?"

On the 44th day of his 100-day rooftop vigil, the pastor was visited by Dumisani Washington, CEO of the Institute for Black Solidarity with Israel, and Darwin Jiles Jr., former ethnic vice chairman of the Michigan Republican Party.

The men discussed Black Lives Matter and the organization’s impact on the Black community in America, especially in areas of high crime like the South Side of Chicago.

"I've been questioned about my not-for-profit doing what we do right here on O-Block in Chicago," the pastor said. "The one question that stands out in my mind that I woke up thinking about is: What has Black Lives Matter done for our community?"

Washington jumped in to answer the pastor’s question.

"You can use the issue of bringing some awareness to some of these very high-profile situations, like in Ferguson, that type of thing, but as a whole, my answer to that question is not very much," he said. "Not only that, there has been some detriment where the Black community is concerned."

The pastor then turned to Jiles and asked: "Do feel like Black Lives Matter has used the Black community?"

"A slogan is good, but where’s the results?" Jiles responded. "What have you really impacted? What crisis issues have you helped solve?"

"I believe there are individuals who are very honest in their intentions, who are a part because, yes, they want to stand in solidarity with the Black community," he said, referring to BLM supporters.

"I think for Black people, we demand not only justice, but accountability for people who have used our struggle and our pain to profit and gain and politicize, but they're not helping criminal justice reform, they're not helping attack the issues of mass incarceration, the illiteracy issues in California," Jiles said. "We need real justice for us and accountability."

Brooks brought up a statement he heard from Shelby Steele, a senior fellow at Stanford University's Hoover Institution, on the topic of Black Lives Matter.

That pastor reflected on what he and project H.O.O.D. sold to the public.

"I thought about that and I thought, ‘Well, we sell hard work. We sell that the individual has to take responsibility and accountability for their life. We sell that racism is not the biggest problem that we face. We sell that capitalism is extremely important for us getting out of poverty.' That's what we sell," he said.

"Which brand do you think is more effective for what we're doing and needing in our community today?" he asked the two men.

Washington said: "Clearly it's the one that you just underscored at the end. That independent, that entrepreneurial, that industrial one."

"But you can have political power and have no economic power, and you get vacuums in situations like we see all over the country right where politics is the issue … What’s happening on the ground other than these positions that are being held?" Washington said.

Jiles added: "There's a proposal to eliminate a certain amount of school loan debt, and I understand, and I support that."

"But what is better?" he continued. "You being able to have enough money to not only pay off your own debt, but start a business and invest and you own and take full authority and control over your destiny … or just basically let the government give you something that's going to cancel your debt but never actually put you in a position to give you free-market enterprise solutions?"

Brooks returned to the issue of Black Lives Matter.

"From where I'm standing, there's a brand that tries to make White people feel guilty, tries to make them feel as if they need to support something so that they don't feel like they are racist," he said. "I’m gonna tell you right off the bat, that's not my brand."

The pastor concluded by asking the public to help bring attention to the violence being perpetuated in Chicago’s South Side and aid him in his effort to build a new community center he said will "help these young people transform their lives and transform this community."

Follow along as Fox News checks in Pastor Corey Brooks each day with a new Rooftop Revelation.