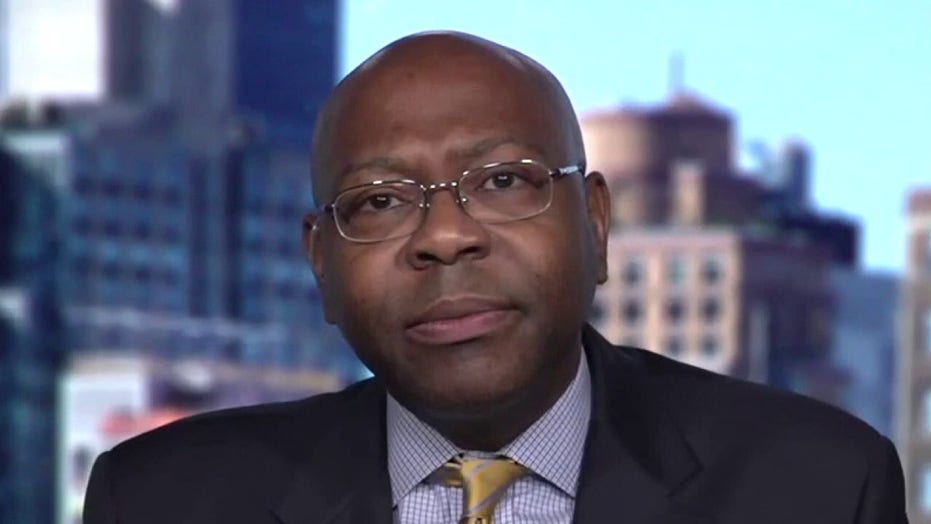 Wall Street Journal columnist Jason Riley says the Congressional Black Caucus does not represent the views of all Black Americans.

Democrats had little incentive to change their messaging on crime despite skyrocketing violence because they got "a lot of mileage" with rhetoric blaming White people for issues within the Black community, according to Manhattan Institute senior fellow Jason Riley.

"It's about power. And the Democratic Party gets a lot of mileage out of blaming problems in the Black community on White people. And Black activists, that's how they stay relevant, it's how they raise money — by blaming the problems of Blacks on Whites. This is how politicians and liberal politicians, progressive politicians, get elected and scare people to the polls by blaming Black problems on White people," Riley told Fox News Digital in a phone interview.

The Democrats’ rhetoric on race and policing has ushered in progressive policies that were implemented in states such as New York over roughly the last two years, as the "defund the police" movement and Black Lives Matter protests and riots spread across the nation.

A recent opinion essay published in the New York Times argued that these reforms, which were theoretically intended to rectify the imbalance of Black Americans who are arrested, convicted and incarcerated, have backfired.

"A lot of these policies were designed explicitly around the idea that Blacks are so disproportionately represented in the people who are arrested and the people who are prosecuted and convicted and incarcerated — and trying to design criminal justice policy to back-engineer that number to be more on par with the racial demographics of everybody of society," one of the authors of the essay, Hannah E. Meyers, director of the policing and public safety initiative at the Manhattan Institute, told Fox News Digital in a phone interview Monday. "That in itself has created a bigger problem."

Voters on the West Coast are sounding off on the crime spikes in San Francisco and Los Angeles, blaming liberal district attorneys Chesa Boudin and George Gascon’s soft-on-crime policies for creating unsafe cities.

"To be a victim of a crime in San Francisco, under this district attorney? It's a complete joke," Jason Young, the father of a slain 6-year-old boy, told Fox News in December of Boudin. 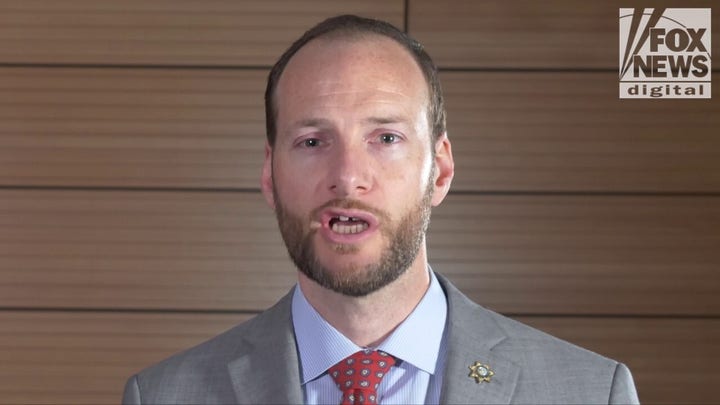 Riley said that despite repeated polls showing Black Americans want more police in their communities, Democrats and the media push a narrative that focuses on what Black Lives Matter activists and members of the Congressional Black Caucus say.

"There's a racial spoil system in place. You can make a very good living blaming all of Black people's problems on White racism. It's very lucrative," he said.

The crime spikes following the death of George Floyd in 2020 also follows a trend seen repeatedly in recent years.

AHEAD OF BIDEN VISIT, NYC CRIME UP 38% IN MOST RECENT 28 DAYS, WITH UPTICKS IN SHOOTINGS, SUBWAY CRIMES

"The police do pull back. They're less likely to get out of their cars and interact with the public and violent crime spikes. We saw it in Ferguson after Michael Brown. We saw it in Baltimore after Freddie Gray. We saw it in Chicago after Laquan McDonald. So there's definitely a pattern here," Riley said.

But even when Democrats and the media are presented with data that "interferes with the narratives," they will "choose the narrative over the data."

Riley said there’s a disconnect between the activists and elites who claim to speak on behalf of Black communities and the Black communities themselves, which often stretches well beyond crime and policing to issues such as school choice, voter ID laws, and affirmative action.

"What I would hope is that the media would have a better job reaching out to the individuals who live in these neighborhoods, and not simply keeping the NAACP on speed dial. I think that's a real disservice to the people in these communities who are being misrepresented, both in Washington and on cable television," he said.

But now, the tide appears to be turning as President Biden loses support among Blacks and Hispanics, which gives Democrats incentive to change their messaging.

"Joe Biden's numbers among Blacks and Hispanics have really fallen off considerably. To a point where Democrats can't win elections if they're only getting 65 70% of the Black vote," Riley said.

"If they're looking at the polls right now, they have an incentive to" change their messaging, Riley said.

In New York City, newly minted Mayor Eric Adams is working to crack down on crime and pleaded with state Democrats to rollback bail reform. While, in California the recall of progressive D.A. Gascon is heating up, with the Association of Deputy District Attorneys overwhelmingly backing the recall of their top boss.

The Republican Party, meanwhile, has dropped the ball by not trying to court Black voters.

"No Republican ever comes in and asks for their vote," Riley said, noting no Republican is seen advertising on Black Twitter, radio or TV, and they don’t go into the neighborhoods to visit establishments like barbershops.

But he does see some opportunity for Republicans to court the Black vote with issue-based campaigns, like on education policy, especially with how teachers unions handled the pandemic and the education gap among minority kids.

Riley added that "people forget how bad Blacks had things under Obama," noting that while the Black community was proud to have former Barack Obama as president, but that did not carry over to job approval.

"The Black unemployment rate under Obama did not fall below double digits until the seventh year of his presidency. And under Trump, it fell to record levels. The poverty rate, again to record lows. Moreover, under Trump prior to the pandemic, Black wages were rising faster than White wages in this country. And so I think Republicans here have an opportunity to simply go out there and remind people of that sort of data."