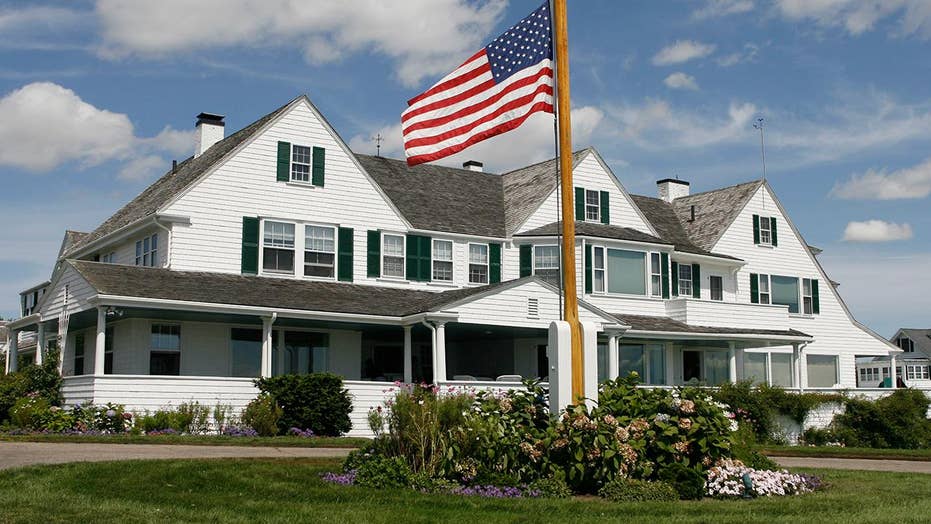 The 22-year-old granddaughter of Robert F. Kennedy who passed away after being found unresponsive at the family’s Cape Cod residence in August died from an accidental drug overdose, officials revealed Friday.

Saoirse Kennedy Hill had a mix of methadone, fluoxetine, norfluoxetine, diazepam, nordiazepam, and alcohol in her system at the time of her death on Aug. 1 in Hyannisport, Mass., the Boston Herald reported, citing toxicology testing.

Hill was the daughter of Courtney Kennedy Hill, the fifth of 11 children born to the late New York senator and wife Ethel. She had been attending Boston College and was expected to graduate in 2020.

"Our hearts are shattered by the loss of our beloved Saoirse," the family had said in a statement following her death. "Her life was filled with hope, promise, and love. She cared deeply about friends and family, especially her mother Courtney, her father Paul, her stepmother Stephanie, and her grandmother Ethel."

Saoirse Kennedy Hill, right, granddaughter of Ethel Kennedy and her late husband Robert F. Kennedy, holds a relative's baby before a ceremony for naming the Robert Kennedy Navy Ship at the John F. Kennedy Presidential Library in Boston in 2016.

"My depression took root in the beginning of my middle school years and will be with me for the rest of my life," she wrote. "Although I was mostly a happy child, I suffered bouts of deep sadness that felt like a heavy boulder on my chest. These bouts would come and go, but they did not outwardly affect me until I was a new sophomore at Deerfield."

She urged students and faculty to talk openly about mental illness in order to get rid of the stigma associated with depression.

"People talk about cancer freely; why is it so difficult to discuss the effects of depression, bipolar [sic], anxiety, or schizophrenic disorders?" Hill wrote. "Just because the illness may not be outwardly visible doesn’t mean the person suffering from it isn’t struggling."

The compound where Hill was discovered has around six homes on Nantucket Sound in Hyannisport.

Multiple generations of the Kennedy family have lived at the compound, which famously served as President John F. Kennedy's summer White House.