Federal prosecutors in Philadelphia said Thursday they plan to retry a Delaware man who admitted to breaking off the thumb of an ancient terracotta warrior statue worth $4.5 million.

Michael Rohana, 25, will once again face charges of theft and concealment of an object of cultural heritage, prosecutors told a judge. During Rohana’s trial, his attorney argued he hadn’t been charged under the correct law, resulting in a mistrial.

In December 2017, the 25-year-old was attending a Christmas-themed ugly sweater party at the Franklin Institute in Philadelphia when he entered an off-limits area filled with Chinese terra cotta warrior statues and broke the thumb off one. 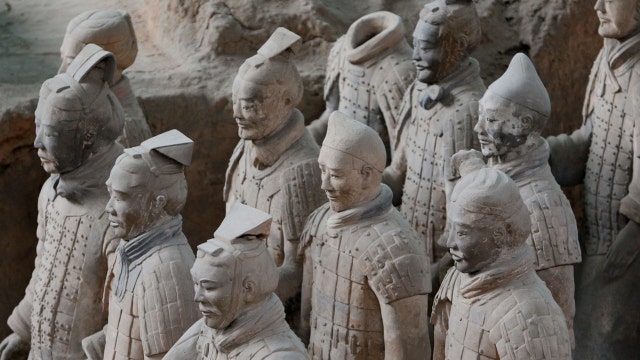 "I don't know why I broke it. It didn't just happen, but there was never a thought of, 'I should break this,'" Rohana testified in his case. "Every time I see this video now, I'm trying to figure out, 'What was going through your mind? What were you thinking?' I don't know how I could have been so stupid." He also said the incident was a drunken mistake.

Museum officials noticed the missing thumb more than two weeks after the incident occurred and reported it to police. Rohana was caught on surveillance footage breaking the thumb off a statue called "The Cavalryman" and leaving with it.

The life-sized statues are one of China’s most prized archeological discoveries. The incident angered Chinese officials, who demanded Rohana face “severe punishment.”

The thumb was returned to China. It had not been reattached.