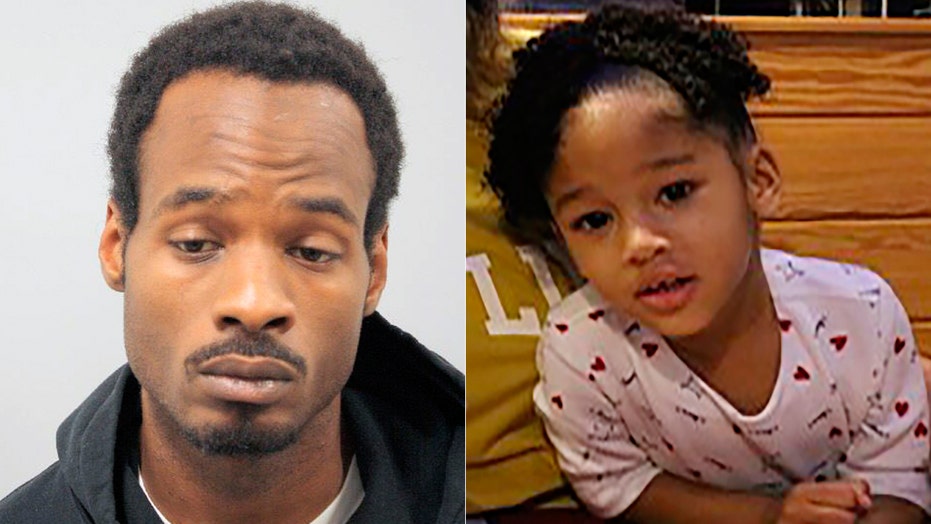 Derion Vence has been taken into custody after blood belonging to the stepdaughter he reported missing was found in his apartment.

The remains of a small child were discovered in a garbage bag along a freeway in Arkansas Friday and Texas police say it could “possibly” be missing 4-year-old Maleah Davis.

Houston Police Commander Michael Skillern told reporters that a bag containing human remains was found along Interstate 30 in Hope, some 30 miles northeast of the Texas-Arkansas border.

The bag was located by workers who noticed a foul odor coming from inside it, Hempstead County Sheriff James Singleton added.

Authorities in Texas have been searching Maleah for nearly a month after her mother’s ex-fiance, Derion Vence, first reported her missing.

Vence, 27, had claimed he, Maleah and his 2-year-old son were abducted on May 4 by a group of men in a truck. He said he and his son were freed the next day but the kidnappers kept Maleah and his silver Nissan Altima. Police said Vence's story kept changing and didn't add up.

Derion Vence, the man who reported 4-year-old Maleah Davis had been abducted from him last month was arrested near Houston in connection with her disappearance. Houston Police said they found blood in his apartment linked to her. (Houston Police Department)

He has since been arrested and charged and remains in Jail.

However, authorities in Texas shifted their focus to Arkansas after community activist Quanell X told police that during a visit with Vence on Friday, he had confessed to killing the young girl and disposing her body in the area where the remains were eventually recovered from.

"If this is the little girl, we want to make sure that we treat it with respect and dignity," Singleton said.

"Do we believe that it's possibly her? Yes. But can we confirm it right now? No," Finner said.

Maleah Davis, 4, was first reported missing by her mother's ex-fiance on May 4.

Vence is being held on a $40,000 bond and was charged with tampering with evidence, specifically a human corpse.

Quanell X said that Maleah’s death “was an accident,” according to Vence.

He had previously spoken on behalf of Brittany Bowens, Maleah's mother, but said he stopped being her spokesman because of inconsistencies in her story.

Child Protective Services removed Maleah and her brothers from the apartment Vence and Bowens shared in August after the girl suffered a head wound, but the children were returned in February, according to an agency spokeswoman.