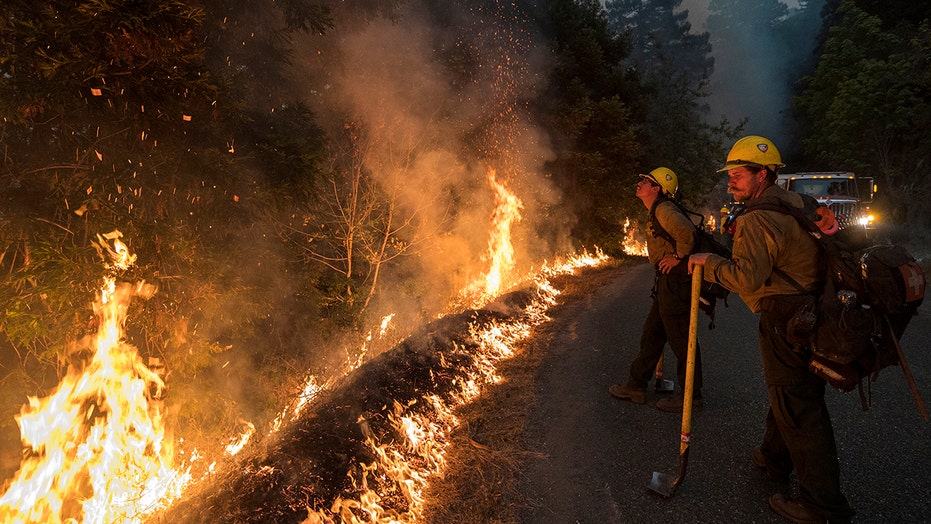 Firefighters brace for worsening conditions as winds pick up in California

A "record-setting year" for wildfires is "far from over," Cal Fire spokesperson Daniel Berlant warned on Monday.

“This has absolutely been a record-setting year. Well over 3.2 million acres have burned in California,” Berlant told "America's Newsroom."

To put it into perspective, Berlant noted that 3.2 million acres is over the size of the state of Connecticut.

“A significant amount of land has been burned. We’ve had major destruction and, even sadly, two dozen fatalities already and we still have several months to go in our fire season here. Unfortunately, this record-setting year is far from over,” Berlant said.

WILDFIRES ON WEST COAST LEAVE AT LEAST 35 DEAD, EVACUEES DESCRIBE HAVING 'LOST EVERYTHING'

The death toll from dozens of wildfires burning along the West Coast has grown to least 35, as gusty winds on Monday threatened to fan flames in parts of the region.

Tens of thousands of people have been forced to flee their homes, with many returning to find only charred rubble.

Cal Fire said as of Monday, the North Complex has scorched some 261,488 acres and is only 26% contained.

Some 3,351 fire personnel are assigned to the blaze, but firefighters are also among those losing their homes.

Berlant said that the North Complex fire was “really wind-driven.”

“The fire was able to burn everything in its path and with everything firefighters could do just to help rescue people but, again, a very deadly fire," the spokesman said. "And it is very likely that the number of fatalities on that fire will increase. I think that fire is just an example of just how dramatic these fires can burn and how quickly they can leave a lot of destruction in their path."