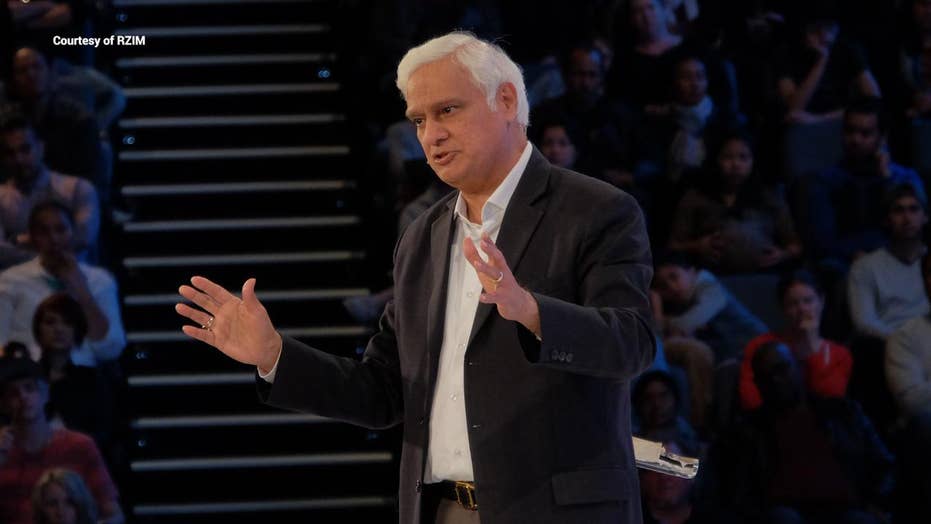 Ravi Zacharias, a renowned Christian evangelist and best-selling author, died Tuesday morning at his home in Atlanta after a brief battle with sarcoma, a rare form of cancer, Fox News has confirmed. He was 74.

The popular author, speaker, and founder of Ravi Zacharias International Ministries (RZIM) spent the greater part of his life defending Christianity after finding his faith while facing suicide at the age of 17.

Zacharias was a frequent guest on Fox News Channel discussing issues of faith. He was born in Chennai, India, in 1946, and immigrated to Canada, where he began his studies in theology, before moving to the United States, according to his online obituary.

At 37, he was invited to preach by Billy Graham at the inaugural International Conference for Itinerant Evangelists in Amsterdam in 1983. The next year, he founded RZIM with the mission of "helping the thinker believe and the believer think" and his ministry now employs nearly 100 Christian scholars and authors in 15 countries.

He devoted the second half of his life to apologetics, dealing with the difficult questions of origin, meaning morality and destiny.

Through his radio program, "Let My People Think," he reached more than 2,000 stations in 32 countries and has written 28 books, including, "Can Man Live Without God?" and his latest book, "Seeing Jesus from the East."

In 1992, he expanded into academia, launching the Veritas Forum, hosted on the campus of Harvard University, and in 2004, he established the Oxford Centre for Christian Apologetics at the University of Oxford.

He also influenced politics and spoke to world leaders at the United Nations. He traveled around the world, most recently in the Philippines, where he spoke alongside boxing champion and senator Manny Pacquiao.

“[Ravi] saw the objections and questions of others not as something to be rebuffed, but as a cry of the heart that had to be answered,” Michael Ramsden, president of RZIM, said in a statement to Fox News.

“People weren’t logical problems waiting to be solved; they were people who needed the person of Christ. Those who knew him well will remember him first for his kindness, gentleness, and generosity of spirit. The love and kindness he had come to know in and through Jesus Christ was the same love he wanted to share with all he met.”

He is survived by his wife of 48 years, Margie, his three children and several grandchildren.

“It was his Savior, Jesus Christ, that my dad always wanted most to talk about,” Sarah Davis, CEO of RZIM, said in a statement to Fox News.

“Even in his final days, until he lacked the energy and breath to speak, he turned every conversation to Jesus and what the Lord had done," she added. "He perpetually marveled that God took a 17-year-old skeptic, defeated in hopelessness and unbelief, and called him into a life of glorious hope and belief in the truth of Scripture—a message he would carry across the globe for 48 years.”

In an August interview discussing his book "The Logic of God," before Zacharias was diagnosed with cancer, he said, "I have come to the conclusion that it's harder to find logic in life if there is no God."

The same verse that led Zacharias to first believe in Jesus will be etched on his gravestone, his daughter said.

“The Gospel of John records these words of Jesus: ‘Because I live, you also will live’ (14:19) – seven words that changed the trajectory of Ravi Zacharias’ life some 57 years ago,” she said. “It is a verse etched on his grandmother’s grave stone and will be etched on his too."