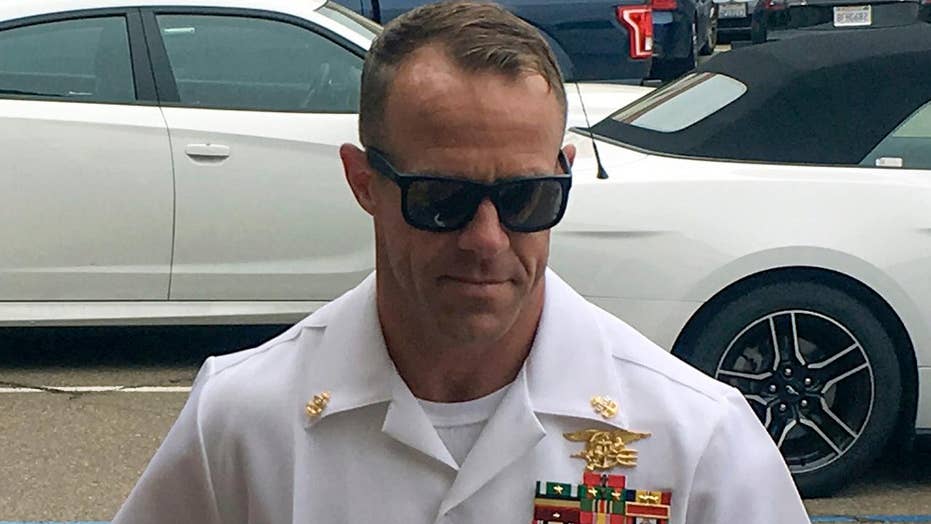 The prosecution in the court-martial of Navy SEAL Eddie Gallagher rested its case Tuesday, ending six days of testimony in which SEALs accused one of their own of stabbing to death an ISIS prisoner in Iraq in 2017.

Gallagher is charged with premeditated murder.

In a trial that has frayed the reputation of the SEAL community, the Navy’s lead investigator took the witness stand for cross-examination and was accused of vindictiveness, incompetence and a rush to judgment.

Marc Mukasey, one of Gallagher’s lawyers, accused Special Agent Joseph Warpinski of misconduct, which he said began as soon as the Naval Criminal Investigative Service began its investigation in 2018. 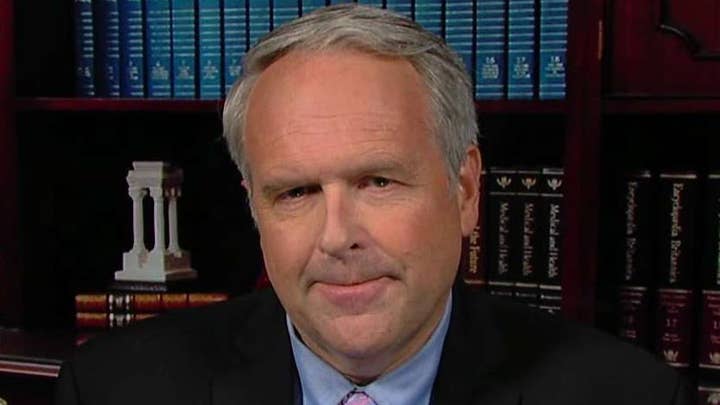 Mukasey accused the investigator of engaging in improper practices, alleging he lied to witnesses about the anonymity of their initial testimony.

“You let him believe he would be a confidential source,” Mukasey said of an interview with Navy Seal Chief Craig Miller, the first witness interviewed by Warpinski. Miller testified last week he saw Gallagher stab the detainee.

“You told him his name would be protected,” he said. “You told him this so he could go to town on Eddie Gallagher…because nobody would ever find out.”

Raising his voice throughout questioning, Mukasey accused Warpinski of drafting SEALs “to get on the ‘Screw Eddie Gallagher Train.’”

“Jump on the train, come on aboard,” Mukasey jousted.

He said the investigator sided with SEALs who testified against Gallagher during NCIS interviews. Warpinski denied that, until Mukasey showed him an interview transcript.

“Did you or did you not tell Chief Miller you already had your take on the investigation on the first day?” Mukasey asked.

“You didn’t know what Chief Miller did in Iraq, what his agenda was,” Mukasey said. “You had no idea whether he was trying to frame Eddie Gallagher or not.”

Mukasey cited another interview in which Warpinski told a SEAL the case was “black and white.”

“It was just an expression,” Warpisnki said. “I was trying to build a rapport with him.”

The defense attorney also blasted Warpinski for encouraging witnesses to talk to each other during the investigation.

“Did you take everything you learned at the Federal Law Enforcement Academy and throw it in the garbage?” Mukasey charged. He later accused the investigator of getting too friendly with SEALs.

While Warpinski defended the integrity of his investigation, he admitted to some bad practices in the case. “Sure, I made mistakes,” he said.

At the heart of the case is whether Gallagher committed a war crime, stabbing an ISIS prisoner to death. In bombshell testimony Thursday, Special Operator 1st Class Corey Scott testified he saw Gallagher stab the man, but said it was he who killed the prisoner by putting his finger over his breathing tube.

“You never asked Corey Scott for a cause of death, did you?” Mukasey asked. “I didn’t say it in those exact words,” Warpinski replied.

Scott testified under testimonial immunity, which prevents him from being prosecuted for murder.

The Navy prosecutor jumped on that point Tuesday, accusing Scott of never admitting to NCIS investigators that he murdered the prisoner, even in a post-immunity interview.

“At that point, did he tell you, ‘No, no, no, it was me who killed the ISIS detainee’?” the Navy prosecutor asked.

“No,” the investigator said, Scott did not ask to change his story, even though he was given an opportunity to make changes or corrections to his pre-immunity testimony.

The defense begins its case Wednesday morning. The trial is expected to last until next week, when a 7-man jury will deliberate on Gallagher’s fate. Only 5 of the 7 jurors are needed to convict Gallagher.