Prosecutors are still pursuing murder charges against Chief Edward Gallagher after a Navy colleague admits he was the one that killed a wounded ISIS fighter; Jonathan Hunt reports from San Diego, California.

Navy prosecutors are still pursuing murder charges against Special Operations Chief Edward Gallagher even after bombshell testimony Thursday by a Navy colleague who confessed that he was the one to kill the teenage Islamic State fighter.

Special Operator 1st Class Corey Scott, a SEAL Team Seven medic, testifying for the prosecution under an immunity agreement, told the court that he held his "thumb over his TT tube until he quit breathing," admitting that he asphyxiated the captive, despite saying that he saw Gallagher stab the boy in his neck.

When cross-examined by the defense, Scott said he killed the fighter because he knew "he was going to die anyways."

"I wanted to save him from what was going to happen to him next," Scott said, referring to alleged torture by Iraqi captors.

Gallagher served nine months in prison awaiting trial in the fatal stabbing of the 15-year old ISIS fighter in Iraq in 2017. He has also been accused of shooting two civilians in the same year, and opening fire on crowds, all claims he has vociferously denied. 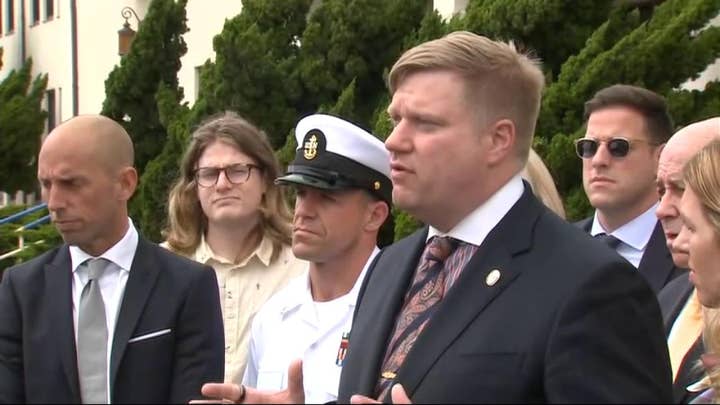 Gallagher's attorney Tim Parlatore, said at a news conference he is "expecting a not-guilty verdict" after Scott's testimony.

Prosecutors are now treating Scott as a hostile witness, saying that he did not disclose that he was the one to asphyxiate the ISIS fighter in his pre-trial interviews and is only doing so now because he has an immunity deal and doesn't want to see his colleague go to prison.

Gallagher, a decorated SEAL with 19 years of service who earned a Bronze Star with V for Valor twice, a Meritorious Unit Commendation and a trio of Navy and Marine Corps Achievement medals, was joined by his wife and two children outside the courtroom Thursday.

"We've been patiently waiting for the truth to come out and we've heard from a lot of people who are intent and have colluded for over two years to take down my husband, so to hear today that someone finally had the bravery to stand up for the truth was refreshing after all of these years," Andrea Gallagher said at a press conference.

"This is probably the worst-case scenario of what you could expect as a military family after nearly 20 years of service," she added.