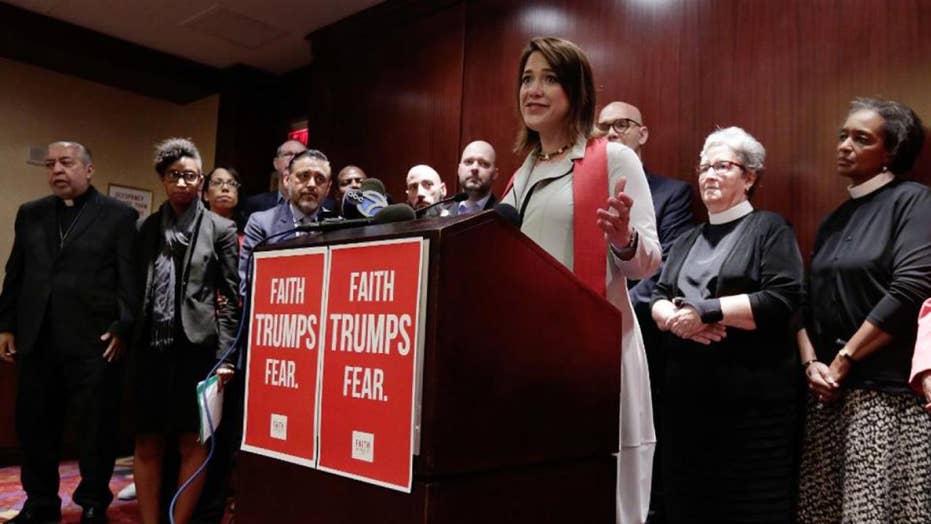 A prominent liberal church removed a pastor after she allegedly purchased sex toys for other ministers.

The Rev. Amy Butler, an anti-Trump rising star at Riverside Church known as "Pastor Amy," had a formal harassment claim filed against her in May in a shocking fall from grace for a congregation known for its inter-denominational liberalism and progressive beliefs on LGBTQ, immigration, and environmental issues, according to the New York Post.

And while the charge against the high-ranking woman of the cloth alleges some raunchy, aggressive behavior, her supporters maintain she was let go because she spoke up against harassment and sexism in the church.

The 49-year-old minister, who was hired in 2014, allegedly led one member of her flock and two fellow preachers into a Minneapolis sex shop called the Smitten Kitten, while they were there for a religious conference. She reportedly quipped "Is this a church business expense?" after pulling out the church credit card, though it is unclear if she used it.

Rev. Dr. Amy Butler allegedly took two fellow ministers and a member of her flock into the Smitten Kitten sex shop in Minneapolis during a religious conference. (Google Maps)

Days later, after harassment claims were filed, the church's lawyer hired a third-party investigator who confirmed the claims, according to reports.

The sex toy incident was apparently the final straw amid mounting concerns from the Riverside Church Council about Butler's judgment, as she was seeking a $100,000 raise. She has a $250,000 annual salary and $8,000 monthly housing allowance -- on top of other cushy benefits.

The Rev. Dr. Amy Butler, senior minister of The Riverside Church, speaks during a news conference in the hotel in New York's Times Square, Tuesday, June 21, 2016, where Republican presidential candidate Donald Trump is scheduled to meet evangelical clergy. A group of clergy gathered for a press conference to rebuke Trump's vitriolic, immoral rhetoric just ahead of his meeting with a group of conservative evangelical leaders in hopes of garnering their endorsement. (AP Photo/Richard Drew)

Butler’s successor, interim Senior Minister Michael Livingston, broke the news of her departure during his sermon at a Sunday worship service on July 7.

“Rev. Dr. Amy Butler and the Riverside Church Council are announcing that after five years of leadership, Pastor Amy will not be renewing her contract as senior minister,” Marilyn Mitchel, chair of the Church Council, wrote in the announcement posted on Riverside's website. “The Council thanks Pastor Amy for her leadership and asks all congregants to pray for her continued ministry as a leader in the progressive Christian world.”