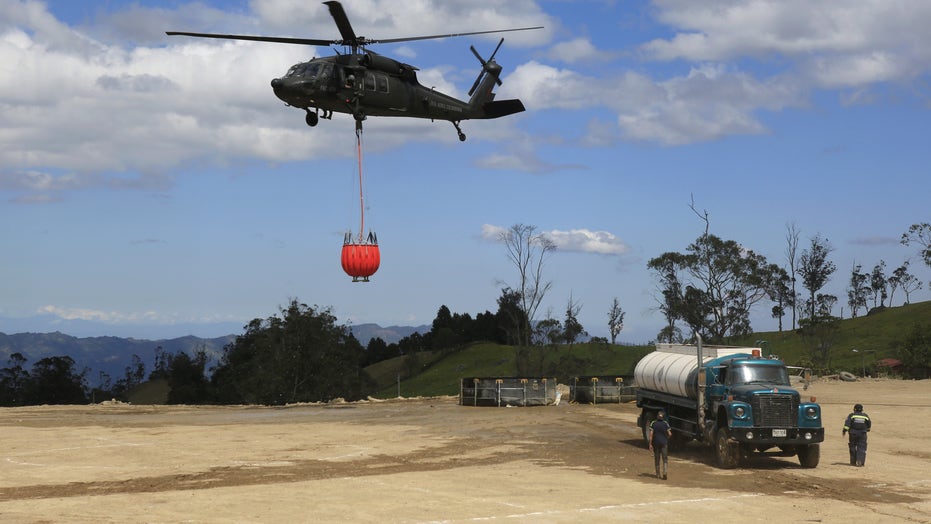 Spirited Debate: Father Vincent Lampert on the reality of exorcisms and that they are still occurring even today

A Catholic bishop is reaching for new heights to save a city wrought with "evil."

After the brutal murder of a 10-year-old girl in a port city in Colombia, Monsignor Rubén Darío Jaramillo Montoya, the bishop of Buenaventura, announced he will perform a mass exorcism over the city beset with violence, drug smuggling, and poverty this weekend, The Guardian reported.

“We have to drive the devil out of Buenaventura, to see if we can restore the peace and tranquility that our city has lost due to so many crimes, acts of corruption and with so much evil and drug trafficking that invades our port," Montoya told the local radio station.

A Catholic bishop in Buenaventura, Columbia plans to use a helicopter to perform a mass exorcism over the city wrought with violent crime. (REUTERS/John Vizcaino)

He added: “We want to go around the whole of Buenaventura, from the air, and pour holy water on to it to see if we exorcise and get out all those demons that are destroying our port, so that God’s blessing comes and gets rid of all the wickedness that is in our streets.”

Colombia's army reportedly offered the bishop a helicopter for the mass exorcism during the feast day of Buenaventura's patron saint.

South America's largest Pacific seaport was named as the country's most violent place in 2014 by Human Rights Watch, which said it is “dominated by powerful criminal groups that commit widespread abuses, including abducting and dismembering people, sometimes while still alive, then dumping them in the sea."

While there has been an improvement since the report, homicides are up from last year, prompting a "pastoral emergency" from the Vatican-backed International Association of Exorcists.

Earlier this year, the Vatican opened its annual exorcism summit to non-Catholics due to reports of a rise in demonic possessions and devil worship around the world.