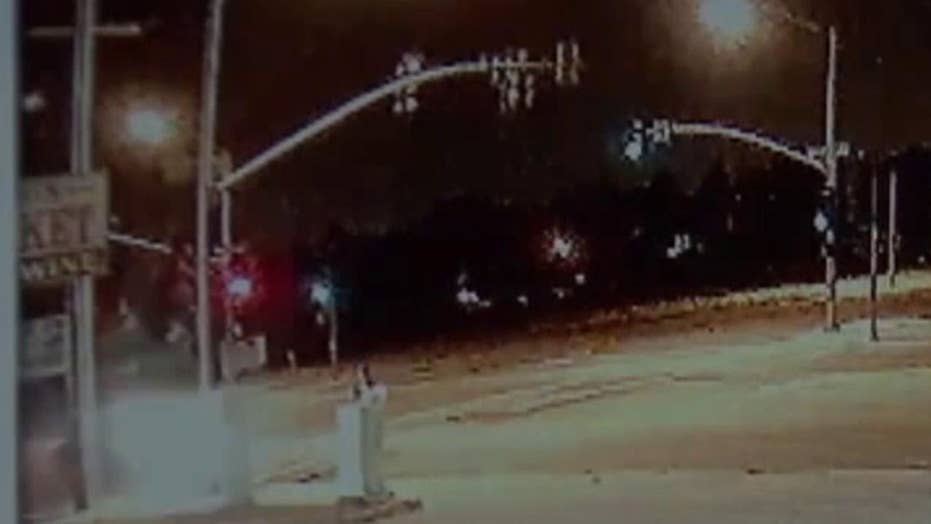 Fatal hit and run of pregnant woman caught on camera

Raw video: Surveillance camera captures the moment as the woman is hit while crossing the street. Police are searching for clues to the identity of the driver.

Police in San Bernardino, California, are looking for a driver who killed a pregnant woman during a hit-and-run late Wednesday night.

Just as she was about to finish crossing, the woman was hit by a speeding driver. Both the woman and her unborn child were pronounced dead at the scene.

Police said the driver of the vehicle, a female, only stopped after hitting the pregnant woman when she crashed into a tree. Someone reportedly picked her up from there, and they fled the area.

Investigators ask that anyone with information contact the San Bernardino Police Department.