Portland Mayor Ted Wheeler, who won a second term earlier this month as he narrowly fended off his left-leaning opponent amid criticism after months of protests and riots, is removing gendered language to be more “inclusive.”

He tweeted “The language of the documents that guide the City should reflect our community. Today, Council authorized the City Auditor to remove feminine and masculine terms from the City Charter. This important step will help make our documents more inclusive of all gender identities.”

Portland would not be the first major U.S. city to strike gendered references from its charter. Philadelphia and Tulsa, Oklahoma both did so in the last year.

Concerning gender-neutral words, Portland and its home state has a long history of leading on politically and socially liberal issues. 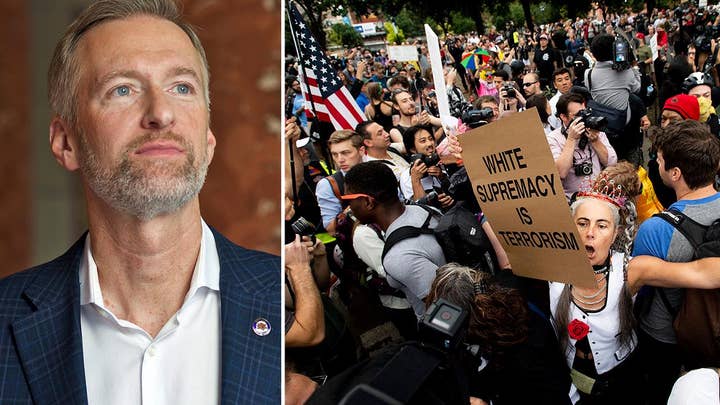 Three years ago, Oregon became the first state in the US to allow residents to mark their gender as "not specified" on applications for driver's licenses, learner's permits and identity cards.

Under the new rule approved by the Oregon Transportation Commission, Oregonians who select the new option will have an X appear instead of M or F on those cards. The rule was a first for the U.S., David House, spokesman for Oregon's Driver and Motor Vehicles Division, or DMV, told The Associated Press.