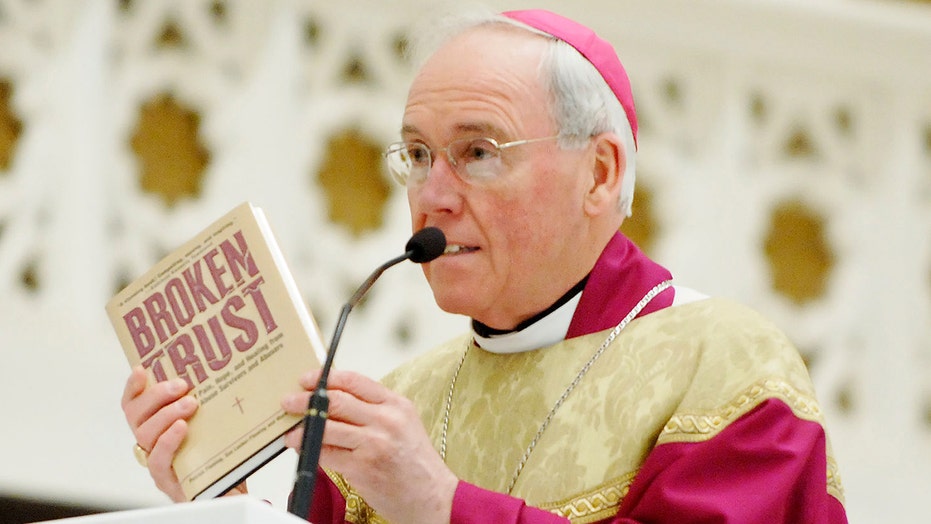 Vatican hopes global clergy abuse meeting will be 'turning point' and help repair the reputation of the Catholic Church.

A Catholic bishop in western New York has resigned following criticism over how he handled allegations of sexual misconduct in his diocese.

On Wednesday, Pope Francis accepted the resignation of Richard Malone, bishop of the Diocese of Buffalo, as the Catholic Church continues to deal with alleged incidents of sexual misconduct among its clergy.

The Buffalo Diocese "will be better served by a new bishop who perhaps is better able to bring about the reconciliation, healing and renewal that is so needed," Malone wrote in a letter.

Bishop Richard Malone holds up a copy of the book "Broken Trust" during his homily Thursday, May 29, 2008, at a mass of prayer and penance for harm done to survivors and faithful by past incidents of clergy sexual abuse. (Portland Press Herald via Getty)

"It is my honest assessment that I have accomplished as much as I am able to, and that there remain divisions and wounds that I am unable to bind and heal," he added.

The Vatican recently conducted a investigation into the diocese and Malone's handling of abuse cases, but didn't explain why Malone was resigning at 73, two years before the mandatory age of retirement.

Buffalo Diocese has been named in more than 220 recent lawsuits by people that claim they were sexually abused by priests. Though many date back decades, critics say there have been more recent missteps by Malone.