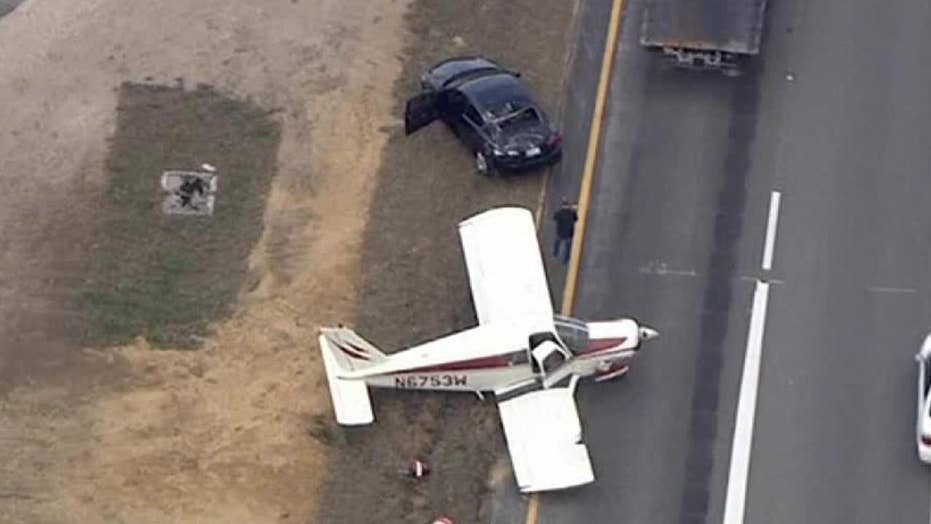 A small airplane made an emergency landing on a Florida highway ramp during rush hour and crashed into a car.

A small plane made an emergency landing on a Florida highway Thursday afternoon after the aircraft reportedly ran out of fuel.

The single-engine Piper aircraft – which is registered to a Llod McKinney, of Gurley, Alabama – landed on Interstate 4 in Maitland, clipping a vehicle on the ground during landing. No serious injuries were reported.

Local police said the pilot was flying from South Carolina to the Orlando Executive Airport when it ran out of fuel and was forced to make the emergency landing on I-4 just as rush hour was starting, FOX35 reported.

As of Friday morning, the plane was still parked near the interstate. It is up to the pilot to remove it.

Chris Csnadli, a pilot who was nearby, told FOX35 that he could hear the plane coming down, sputtering as it landed.

“I knew immediately that the airplane was in distress,” he said. “I just heard it, and then I saw it when I came around the corner. I heard it sputtering.”

The Federal Aviation Administration was investigating the incident.