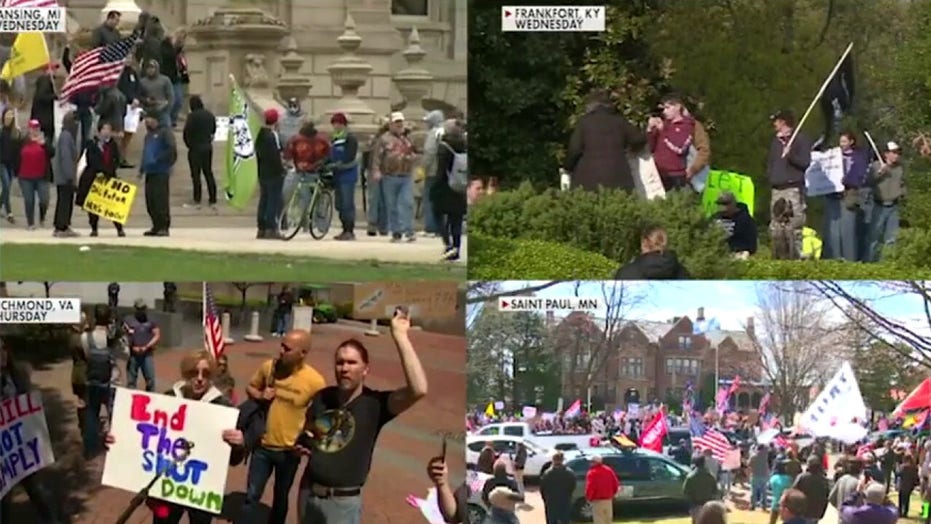 Protesters call on governors to roll back what they say are the more arbitrary and restrictive measures; reaction on 'The Five.'

Protesters held a rally inside Arizona’s state capitol Monday afternoon to protest what they’re calling the government’s overreach in responding to the COVID-19 pandemic.

Protesters calling to 're-open' Arizona at a rally Monday in Phoenix.  (AP)

The protesters later moved to the Arizona State Capitol, moving past officers and a handful of masked nurses protesting the rally.

Gathering on the front lawn, some protesters broke into chants of “Open Arizona.” Video of the protesters inside the state capitol showed them waving American flags and chanting, “U-S-A.”

The protests followed similar demonstrations across the United States by mostly conservative groups and supporters of President Trump.

Protests have been staged around the country, including in California, Michigan, Virginia and elsewhere.