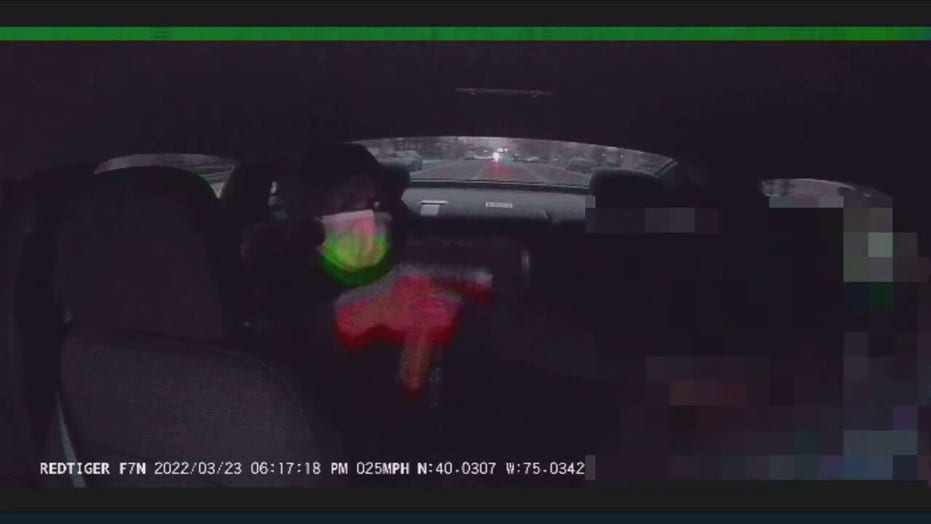 A Philadelphia taxi driver's dashcam recorded a fare pistol-whipping and robbing him during a violent carjacking last week, authorities said.

Philadelphia police have released video of a violent carjacking that shows a suspect pistol-whipping and robbing a taxi driver.

The driver, working for a private taxi company, picked up an unknown Black male at Jackson Street and Bleigh Avenue around 6:15 p.m. on Wednesday, police said Friday in a news release.

CARJACKINGS IN CITIES LIKE NYC, PHILADELPHIA JUMP OVER 200% – OFTEN WITH KIDS BEHIND THE WHEEL, OFFICIALS SAY

The suspect got in the back seat of the car and paid the driver, according to police, but the fare quickly turned violent.

The suspect pulled out a black handgun with an extended magazine, hit the driver and demanded money and the car, authorities said. (Philadelphia Police Department)

As the driver approached Torresdale Avenue and Cottman Avenue, police said dashcam video from inside the car shows the suspect pulling out a black handgun with an extended magazine.

The suspect, who is wearing a medical face mask, appears to strike the driver with the handgun while the vehicle is in motion, the video shows. He can be seen holding the driver at gunpoint while demanding cash and the car, police said.

The suspect appeared to be wearing a medical face mask and a black hoodie. (Philadelphia Police Department)

The victim is seen handing over a stack of cash to the suspect before jumping out of the car, according to the video. The suspect then jumps into the front seat and drives off.

Police said the suspect abandoned the car on Aldine Street.

Authorities asked anyone with information about the suspect or incident to call police.