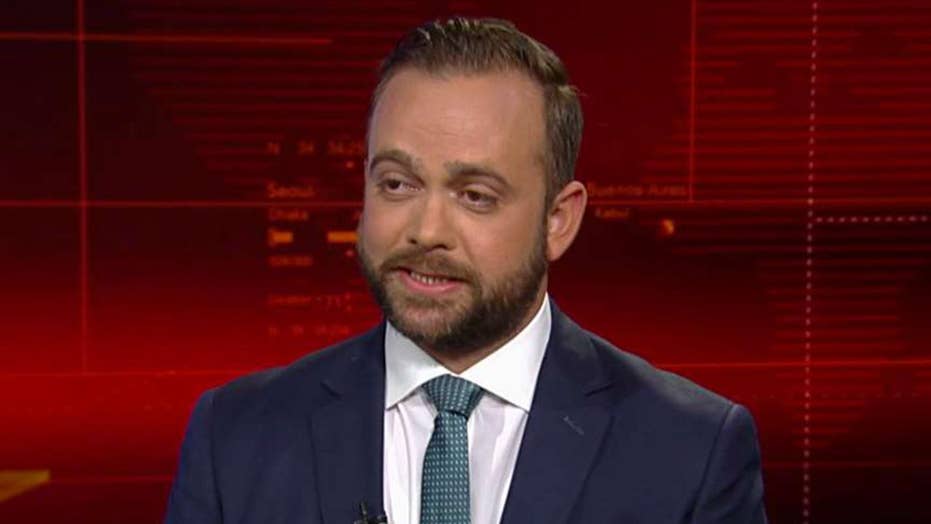 Helping military veterans in the US

The Department of Defense seemingly acknowledged the dangers of burn pit exposure in a new report released by Congress -- but falls short of offering solutions.

A feasibility study conducted by the Office of the Under Secretary of Defense for Acquisition and Sustainment, which was provided to Congress last month, was supposed to figure out how to end burn pits for waste disposal on overseas military bases. Instead, critics said, the report seemingly defended the use of burn pits because there are no other options.

Since veterans returned home from the wars in Iraq and Afghanistan, there has been a long and contentious debate over the data surrounding the effects of burn pit exposure. Thousands of veterans have linked their chronic medical issues, including cancer and respiratory illnesses, to burn pits that release dangerous toxins.

But the report said ending burn pits was not so easy.

“There are several factors that influence the continued use of open burn pits,” said the report, Open Burn Pit Report to Congress, which was obtained by Fox News.

The report blamed poor infrastructure and limited resources in remote overseas locations as the reason why burn pits were still being used in some areas.

"The DOD prohibits the use of open burn pits for disposal of waste in contingency locations -- unless there is no feasible alternative," the report said.

The report said there are nine burn pits still in operation on U.S. bases overseas, with seven operating in Syria, one in Afghanistan and one in Egypt.

Critics said the agency failed to address a dangerous problem.

“This is a deceiving report full of excuses covered up with several pages of policy and laws not being followed,” Rosie Torres, founder of advocacy group Burn Pits 360, and whose husband Leroy has suffered health issues from burn pit exposure while he served in the military, said to Fox News.

Torres pointed out that the report said open burn pits were a "short term contingency operation."

Incinerators have proven to be a safer alternative to dispose of mountains of trash produced by soldiers overseas. But the report said some overseas operations are so small that incinerators -- which are costly -- are not needed.

“According to the DoD, open burning remains an alternative to protect troops from disease,” she said. “So, the excuse of not using the safety of incinerators goes from significant funding to the amount of trash generated? It’s excuse after excuse.”

The burn pit method was originally a temporary measure during the wars in both Iraq and Afghanistan as a way to quickly dispose of waste and garbage on military installations. The vets claim their prolonged exposure to toxic air left tens of thousands of them, as well as private contractors, with a myriad of illnesses, including various forms of cancer and severe respiratory issues.

Veterans who claim they got sick from exposure to burn pits said they never received proper help from the country they went to war to defend.

“This report is entirely inadequate and fails to acknowledge that burn pits are leading veterans and service members to develop cancers, lung diseases, and rare illnesses, causing immense pain and suffering for our veterans and their families,” Rep. Raul Ruiz (D-Calif.) told Fox News. “As a physician and a public health expert, I know that when there is a high enough suspicion of harm that causes a severe enough illness, we must act.”

The Defense Department said in its report that the burn pit method is meant to be temporary. But, it said, a lack of engineers has made it difficult to enact safer disposal methods.

“Engineers are not generally available at every contingency location,” read a section of the report, which admits that many service members are not properly equipped to control the trash and waste generated.

“Supply and equipment packaging materials and wet food waste are the largest components of waste,” the report says. “Open burning remains a field-expedient alternative to reduce waste volume and protect troops from disease.”

Ruiz has spearheaded several bills aimed at bringing relief to veterans who became sick after their exposure to burn pits. On Friday, his four amendments to the National Defense Authorization Act were overwhelmingly passed during a house vote of 402-12. Included among the amendments was one that requires the closure of the remaining burn pits still in operation.

The congressman said there’s a lack of accountability in the DOD report.

“The first step is to protect our men and women in uniform by ending the use of burn pits once and for all. This report does nothing to help problem-solve or move us closer to that goal,” he said. “I do not accept DOD’s lackluster dismissal of the urgency to phase out the active burn pits identified in this report, and I will continue to fight for legislation to protect the service members defending our nation from permanent severe disabilities or death due to toxic smoke exposure from burn pits.”

Officials for the Department of Defense insist that burn pits are only used when it has exhausted all other options.

"The health and safety of our men and woman in uniform is our utmost priority, " DOd spokeswoman Heather Babb said in a statement to Fox News. "Although our research, development, test and evaluation efforts continue, no technology or equipment solution has been devised that could eliminate all waste-burning requirements for every contingency location."

Babb said the agency continues searching for other alternatives.

"The department continues to test, evaluate and field improvements to reduce its logistical footprint and the health and environmental impact of operations," Babb said.

Ruiz also wants Congress and the Veterans Administration to obtain a list of all service members who have been exposed to open-air burn pits at military bases, posts and combat outposts, or any other location.

Tens of thousands of veterans who believe their health has been compromised by the polluting smoke expelled from burn pits on their bases have made their plea to Washington to have the VA provide needed assistance with medical treatments.

But despite a recent bill signed into law, the VA has been reluctant to start coverage without concrete data that shows a direct correlation between burn-pit exposure and the illnesses of these veterans.