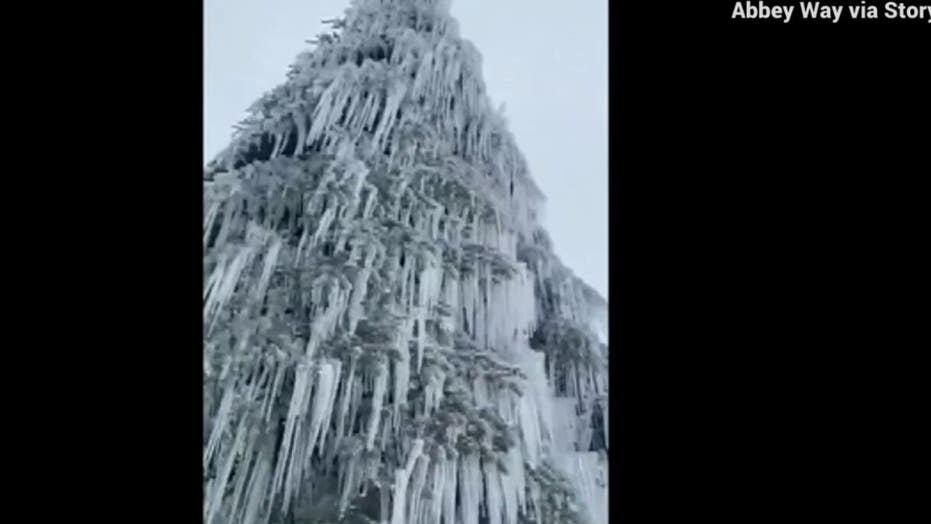 Tree covered in beautiful icicles spotted by snowboarder at a Pennsylvania resort.

This was a scene straight of of "Frozen"

A woman who was snowboarding in Pennsylvania on Wednesday captured a spruce tree covered in icicles.

Abbey Way, who took the video at Seven Springs Mountain Resort in Champion, Pa., wrote on Twitter: “Look at this tree at @7SpringsPA. So cool!”

The tree appeared to be completely covered on one side with icicles, appearing like a wedding-cake with different tiers.

The National Weather Service office in Pittsburgh said earlier this week there were a few light snow showers and freezing drizzle in the area.

According to the NWS, a glaze is when ice is formed by freezing precipitation covering the ground or exposed objects.

While it's not clear if the tree was coated in ice due to the precipitation or a nearby snow-making machine, Way said it was still spectacular.

"I’ve never seen anything like it before! Stopped me in my tracks," she tweeted.