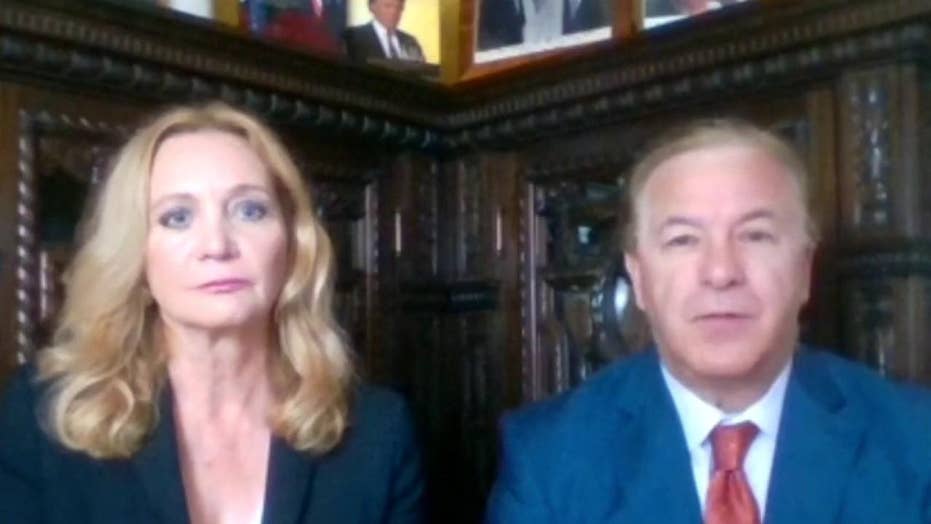 A Pennsylvania town has nixed a local GOP group’s plan for a rally this week with Mark and Patricia McCloskey, the St. Louis couple who made headlines when they waved guns at protesters in June, citing cornavirus restrictions.

The Northampton County Republican Committee sought to hold the rally featuring the McCloskeys on Thursday in Palmer Township's Fairview Park.

But Palmer Township rejected the request on Friday, saying on its Facebook page that an anticipated crowd of more than 250 attendees would violate Gov. Tom Wolf’s July ban on gatherings of that size to contain a recent rise in COVID-19 cases.

“In the interests of public health safety and the requirement of compliance with the Governor’s order… as well as the inability of Palmer Township to allocate public resources to monitor and ensure compliance with the current public health safety mandates for the proposed event … the Township has denied the request for permission to hold the event,” the township said.

Northampton County Republican Committee Chairwoman Gloria Lee Snover said the McCloskeys were set to “do a rally event to wake up suburban voters about the Second Amendment, individual rights and defending your life and property,” according to the Allentown Morning Call, which first reported on the township's action.

The McCloskeys say they were defending their home from Black Lives Matter protesters who walked past their property to get to the mayor’s house for a June demonstration. Images of the encounter drew national attention.

Prosecutors have charged them with unlawful use of a weapon. Nine Black Lives Matter protesters have received summonses for trespassing, Fox News reported Friday.

After being turned down, the Northampton County GOP said that it had a long history of renting Fairview Park for political events, conducting "ourselves peacefully" and paying whatever fees were applicable.

“We never expected our open air gathering to exceed the arbitrary 250-person limit that the governor's edict pronounced,” it said. “The cancellation of our event is proof positive that the suburbs are the next target of the cancel culture movement.”

The group also said it has a “Plan B all along” and still planned to hold the rally at another location.