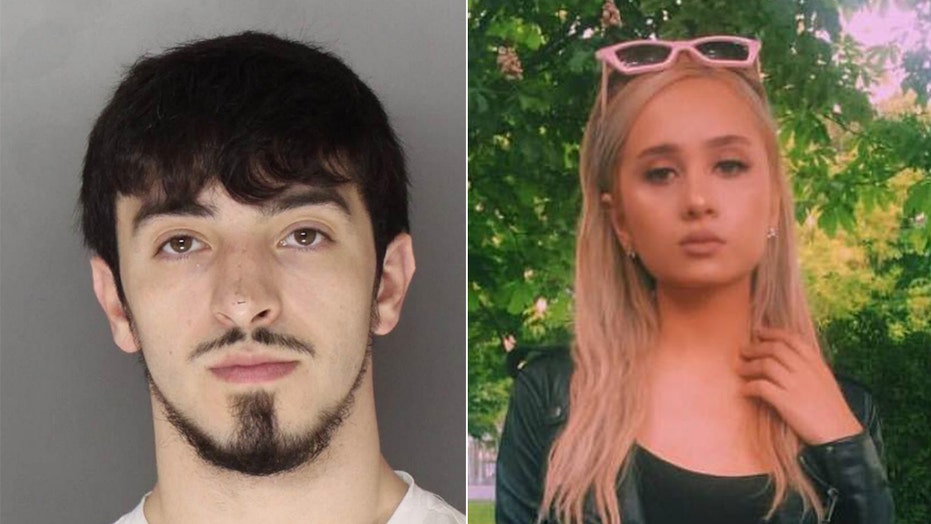 A Pennsylvania man was charged Friday with murdering his girlfriend after prosecutors said he beat her to death in a jealous rage, then called an Uber car to take her to the hospital.

Nicholas Forman, 23, was charged with first-degree murder in the death of girlfriend Sabrina Harooni, 23. Video recovered from his cell phone recorded him saying “this what a cheating liar gets” to the “unresponsive” woman, Montgomery County District Attorney Kevin Steele announced in a press release.

Pottstown Borough Police were called to the local hospital around 11:30 a.m. Monday over a female assault victim with “life-threatening injuries.”

Sabrina Harooni, 23, was pronounced dead Monday after her boyfriend Nicholas Forman, 23, allegedly beat her to death in a jealous rage.  (Facebook)

Once on the scene, medical staff told investigators that despite being pronounced dead at the hospital, the victim likely was already dead when she arrived with Forman.

Prosecutors allege that Harooni and Forman were watching the Super Bowl at a restaurant in Oaks, 26 miles northwest of Philadelphia, on Sunday before returning to Forman’s residence in Perkiomen Township.

During the ride home, Harooni received a text from her ex-boyfriend, which led to an argument that continued in the suspect’s driveway. Investigators recovered video from Forman’s cell phone that appears to show Harooni “injured” and “unresponsive” while a male voice can be heard saying, “This is what a cheating liar gets.”

Forman called an Uber to take Harooni to Pottstown Hospital. According to The Philadelphia Inquirer, he told the driver, and later hospital staff, that Harooni had been attacked by a group of women the previous night.

Forman was ordered held without bail and is due back in court on Wednesday.