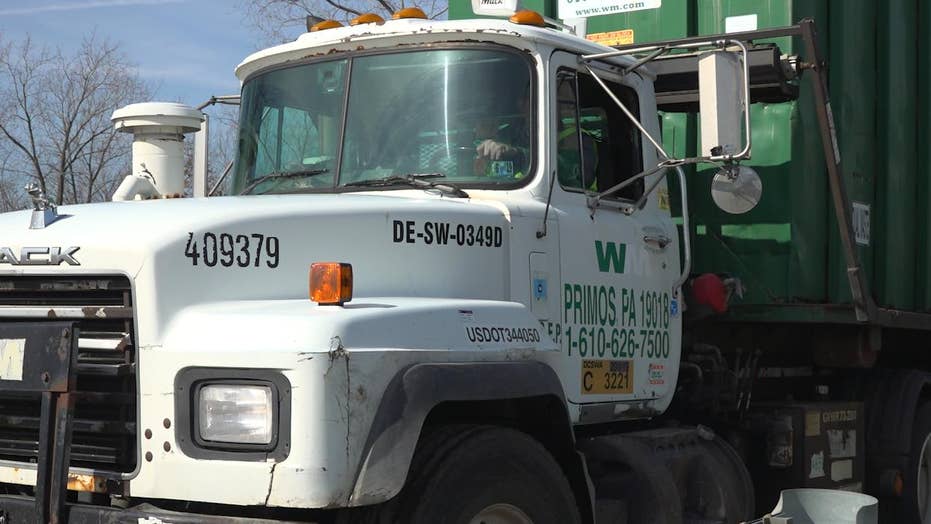 MORRISVILLE, Pa. -- Quaint, close-knit – and stinky – are three words residents in Bordentown, New Jersey, have used to describe their community in recent months.

“I'll step outside and a waft of garbage will hit me in the face,” said resident Kristian Jobes.

Jobes, like many concerned community members, has taken to Facebook to alert city officials of the “rotten egg” odor hovering over at least a square mile.

Community members in Bordentown, sound off on Facebook, voicing their concerns about the smell.

According to Jobes, the smell lingers over houses, playgrounds and schools, and threatens outside activities. And yet after months of filing complaints, nothing seems to squelch the odor.

“We all know what it is, and we just want them to do the right thing,” said Mayor John Lynch.

Lynch and other residents suspect  four landfills in and around Bucks County, Pennsylvania. They believe the smell begins there and is carried by winds that blow east across the border to New Jersey.

Lynch and other residents, like Kristian Jobes, suspect four landfills in and around Bucks County, Pennsylvania. They believe the smell begins there and is carried by winds to Jersey. (Fox News )

Landfills have been a problem for surrounding communities that have long complained of the smell they produce. As garbage piles up, and it emits a nasty odor, residents start fuming.

Officials at Waste Management insist they were only made aware of the smell earlier this month and weren’t contacted directly until Tuesday.

Three of the landfills — Tullytown, GROWS Landfill and GROWS North in Falls Township — are closed and have  been capped with a plastic lid and soil for at least two to three years. The remaining landfill, which continues to take in waste, is the Fairless Landfill.

The company explained that members of its landfill team patrol communities near the property every day, including in Bordentown, and quickly report to site operators the conditions that could inconvenience neighbors. And, they said, they take immediate action.

“We cannot be sure…without knowing exactly where and when an odor was detected,” said a statement from Waste Management. The company also attributed heavy annual rainfall for slowing construction and creating an influx of landfill gas.

Methane gas, which is produced in a landfill by anaerobic decomposition, can be collected using current technology and then used to generate electricity, or it can be purified and used as a power-generating fuel. Yet, if unused, it's the second-greatest contributing factor to the nation’s greenhouse gases. Leachate, a thick liquid that forms when garbage decomposes, can also attract disease-carrying vermin and cause various other pollutants.

Lynch said in recent weeks the numbers of complaints filed with the New Jersey Department of Environmental Protection has increased, and no communication has been provided to his office regarding a solution.

“We don’t want this to drag out any longer and we aren’t looking to take legal action; we just simply want the smell fixed,” he said.