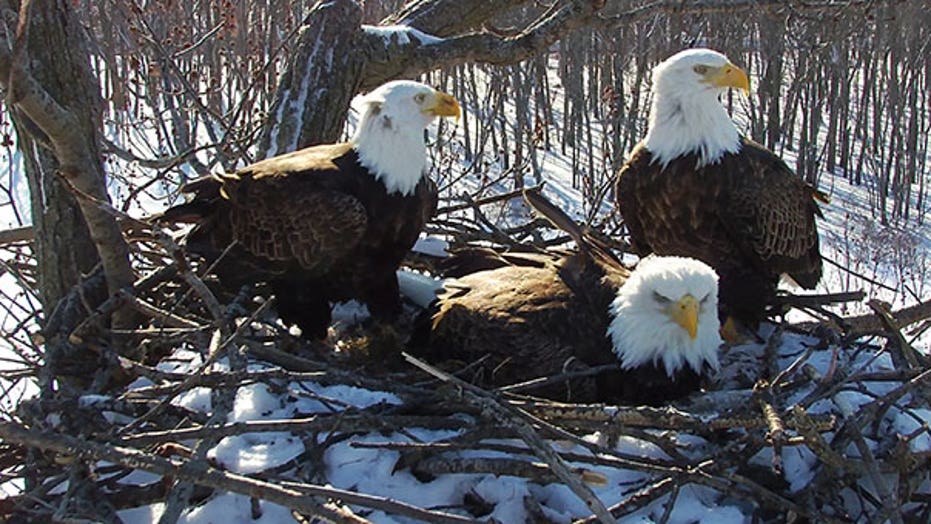 Pennsylvania authorities are investigating the deaths of three bald eagles found in the same area over a two-month span, according to a local report.

They were found between Feb. 28 and April 4 near Routes 6 and 652 in Texas Township, and toxicology screenings found a deadly drug in their systems, WNEP reported.

“There was a trace amount of a drug commonly used to euthanize animals that we shouldn't find in eagles,” Bill Williams, a spokesman for the Pennsylvania Game Commission, told the outlet.

He added that sometimes eagles can inadvertently imbibe poisonous materials when they come across other animals that were euthanized and disposed of improperly.

The investigation is ongoing, and Williams told WNEP that most similar cases do not involve foul play.

“We are still examining other possibilities, but certainly, the red flags rose up when we saw the tox exams,” he said.

Bald eagles are protected by state laws and the federal Bald and Golden Eagle Protection and Migratory Bird Treaty acts, and disturbing them is a crime.

Just a few decades ago, they were in danger of extinction due to habitat destruction, poaching and the contamination of their food supply with chemicals such as DDT, according to the U.S. Fish and Wildlife Service.

Over the past several decades, their numbers have rebounded, and the Fish and Wildlife Service says they are “an Endangered Species Act success story.”

They’ve made a strong resurgence in areas across the country, according to authorities in multiple states.

Ohio authorities announced last week that the bald eagle population there has soared by 151 percent since the last statewide headcount eight years ago.

And earlier this month, the Arizona Game and Fish Department shared what it said were the first known photos of bald eagles nesting within the arms of a saguaro cactus taken in the state -- a scene that hadn’t been documented with pictures since 1937.

Wildlife authorities say birdwatchers should observe eagles from at least 100 yards away, as approaching a nest could lead parents to abandon their eggs.

The Pennsylvania Game Commission also offers an eagle-watching livestream on its website.