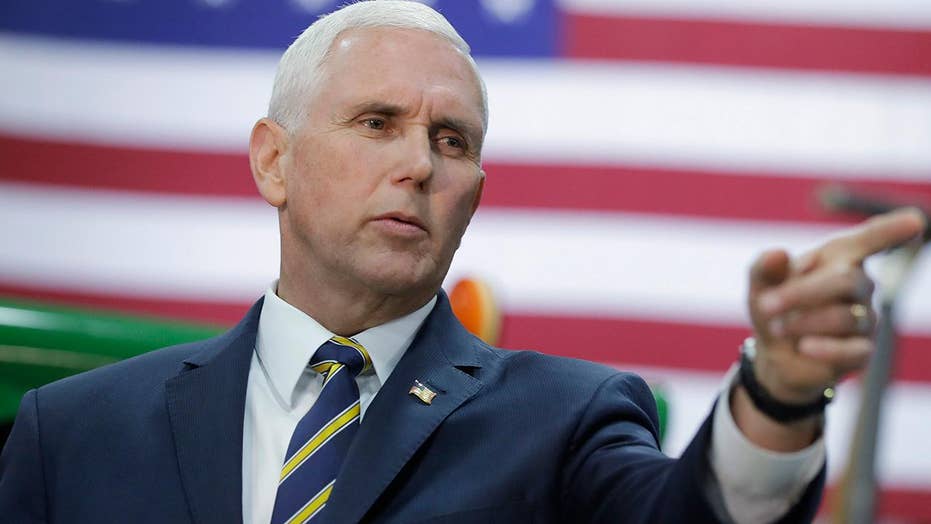 Vice President Mike Pence is getting pushback from Taylor University students and alumni after the small evangelical Christian school tapped the former Indiana governor to be this year's commencement speaker.

Over 3,300 people have signed a change.org petition to get Pence's invitation to the mid-May commencement ceremony rescinded, claiming the "Trump-Pence Administration's policies" are "not consistent with the Christian ethic of love we hold dear."

One Taylor grad said the school, "should be ashamed...I am physically shaking...I feel personally attacked," but not all alumni agree and Taylor officials said they are standing by their decision.

Upset alumni and students are voicing their anger as South Bend Mayor Pete Buttigieg, a Democratic presidential hopeful, criticized Pence. Buttigieg, who is openly gay, discussed his sexual orientation during an event hosted by the LGBTQ Victory Fund, saying: "If me being gay was a choice, it was made far, far above my pay grade ... That’s the thing that I wish the Mike Pence’s of the world would understand – that if you got a problem with who I am – your problem is not with me, your quarrel sir, is with my creator."

HALF OF PASTORS SAY THEY WORRY ABOUT SPEAKING OUT ON HOT-BUTTON ISSUES, OFFENDING PEOPLE

"I was very nervous initially that the very vocal overwhelming minority might sort of sway Taylor to take a different stance so I'm very glad they're taking that solid stance," Holtsberry said.

"The vice president has very orthodox Christian beliefs - very traditional beliefs - that a vast majority of Christians believe. His political views are shared by a large section of America, so it's not a radical choice, and I think people should be able to engage and disagree with his views and do it in a mature fashion."

The Christian university has defended the decision. Paul Lowell Haines, the president of Taylor, praised the vice president as a "good friend to the University over many years," and "a Christian brother whose life and values have exemplified what we strive to instill in our graduates.”

"Since making the announcement of Vice President Mike Pence's upcoming commencement speech, we have received feedback from people on either side of the issue. Taylor University is an intentional Christian community that strives to encourage positive, respectful and meaningful dialogue," Taylor University spokesman, James Garringer, said in a statement.