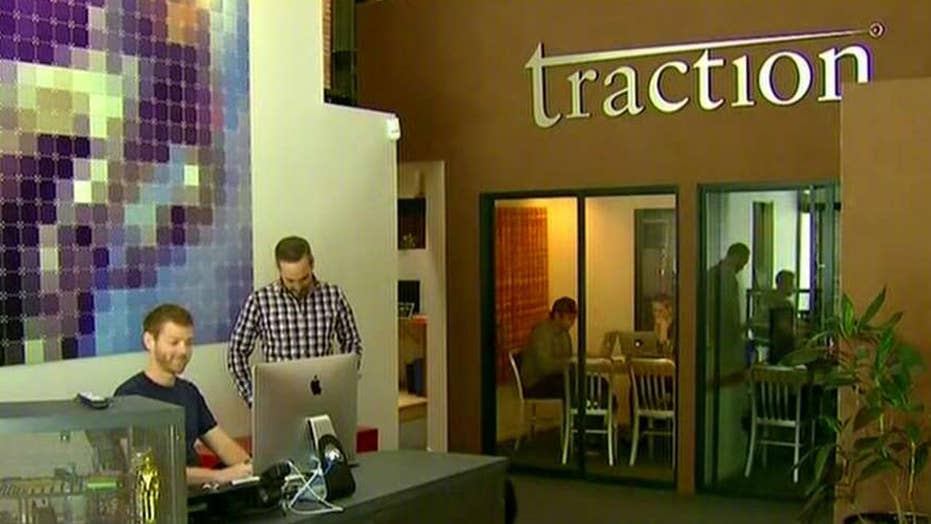 Since the election, scores of activists have taken to the streets, town halls and rallies to blast President Trump. That’s all with the blessing of their boss thanks to social justice benefits and paid time off work policies that are growing in popularity.

"They can take part in a protest, they can volunteer for a cause that is meaningful to them," says CEO Adam Kleinberg. "Civic engagement is a foundation of our democracy, and companies should encourage it."

Kleinberg says while he's liberal, Traction's new policy is neutral: so long as it's not a group that promotes violence, such as the Ku Klux Klan, his 50 employees can support whatever political group or cause they want. They must first get approval from management and submit a request for the time off.

"If someone wanted to participate in a pro-life rally," says Kleinberg, "they are absolutely welcome to do that. This is not about the partners at Traction promoting our agenda, it's about having a broader view of democracy, and encouraging people to be engaged."

But in the famously left-leaning Bay Area, conservative activists don't buy it.

"They want, basically, a harder left turn than we're seeing now," says Howard Epstein, vice chair of communications for the San Francisco Republican Party. "And if you're going political, you're going to discourage some people from going to your place of business."

It is a risk: Consumers opposed to an official endorsement of protest culture might spend their money elsewhere. When news of Traction's “Day of Action” benefit spread, Kleinberg was the target of a backlash and calls for a boycott.

"Traction has been called everything from fascists, to socialists, to communists, to libtards, candya---s. I'm not quite sure what being a candya-- is, but if being candya---s is what it takes for Traction to inspire change, we're willing to own that."

In a statement to Fox News, outdoor apparel maker Patagonia had a similar stance.

A protest in Brooklyn in February on Trump's travel ban. Earlier this year, Comcast gave its workers paid time off to protest the ban. (Reuters)

"We hire activists... who are incredibly passionate about the environment. And, at times, protesting is part of that passion," said Dean Carter, vice president of human resources. "It all fits in with the company’s greater mission to make the best product, cause no unnecessary harm and use business to inspire and implement solutions to the environmental crisis.”

Several big corporations are also responding to their worker’s desire to advocate. Facebook told its employees they could take paid time off to May Day rallies which, in many cases, were largely about defending immigrant rights. Earlier this year, Comcast gave its workers paid time off to protest Trump’s travel ban.

Most companies give their workers time off to vote, but "this is different – this is going to a new level," said Scott Dobroski, community expert with employment firm Glassdoor.

A recent Glassdoor survey found more than half of employees believe they should have time off to advocate for social change, regardless of their politics.

"Many employers," Dobroski said, "are taking note that social change and positive action matters to employees – both in and out of the workplace."