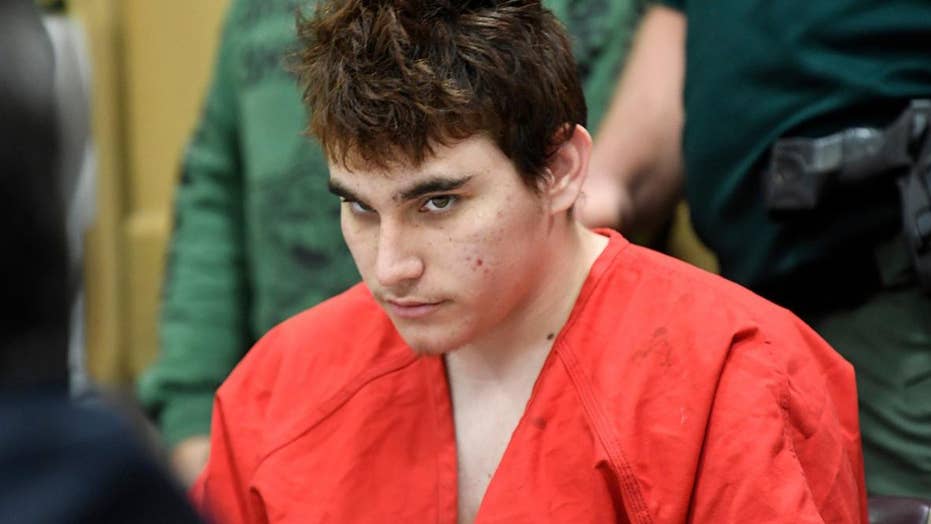 Nikolas Cruz, the confessed Parkland shooter, registered to vote while in jail. The news enraged one victim’s father.

Parkland school shooter Nikolas Cruz became a registered Florida voter behind bars in Broward County outraging the father of one of his victims.

Cruz, 20, has been charged with walking into Marjory Stoneman Douglas High School in February with an AR-15 and opening fire -- killing 17 people including Pollack’s daughter. Meadow Pollack would have turned 18 in October and could have voted for the first time, her father said.

“To allow him to register to vote when my daughter can’t, it’s like sticking a big knife in my heart,” Pollack said.

Pollack said he found out that Cruz was a registered voter as he monitors the ongoing vote count in Broward which has drawn controversy.

Republican Florida Gov. Rick Scott, was holding a razor-thin lead over Democratic incumbent Bill Nelson in the race for U.S. Senator as votes were still being tallied in Broward and Palm Beach Friday. Florida's Secretary of State ordered a machine recount in the Senate and governor's race.

“I didn’t believe it myself until I went online,” Pollack said.

The Florida Secretary of State’s website shows that Cruz was registered to vote in July with the Broward jail as his home address. Cruz’ voter information was blocked from public view later Saturday.

As a registered voter in jail, Cruz would have been eligible to vote by absentee ballot. It’s unclear if he applied to vote absentee or if he voted.

He also listed his party affiliation as Republican.

Under Florida law, men and women being held in pre-trial detention and those serving time for misdemeanors have been allowed to vote.

Florida permanently bars convicted felons from voting but on Election Day voters approved an amendment giving the potential right to vote back to over one million felons. The amendment passed with 64 percent of the vote. It takes effect Jan. 8, 2019.

Cruz, who has admitted the killings, is awaiting trial for 17 murders. He has offered to plead guilty if prosecutors don’t pursue the death penalty. Prosecutors have refused.

Pollack tweeted about Cruz Saturday morning, lashing out at Broward Sheriff Scott Israel and Broward Elections Supervisor Brenda Snipes. Emails to representatives of both from Fox News seeking comment were not immediately returned.

“This election would have been my beautiful Meadow's 1st election, but she wasn't able to vote because 18-1958 murdered her during the Parkland shooting,” Pollack said in one tweet, referring to Cruz by his inmate number. “If she can’t vote because of that monster, why should he be allowed to register to vote? Shame on Sheriff Israel & SOE Snipes!”

In another tweet he accused Israel of letting people into the jail to get Cruz and “other animals” registered to vote.

“The Despicable Democrats have no shame,” the tweet said.

In response one tweeter said, “As distasteful as this is, is it the fault of ‘despicable Democrats?’ People in jail awaiting trial are allowed to vote. You can’t pick and choose who you allow to register.”

Pollack’s reply said in part, “My daughter was murdered and buried. She can’t vote.”