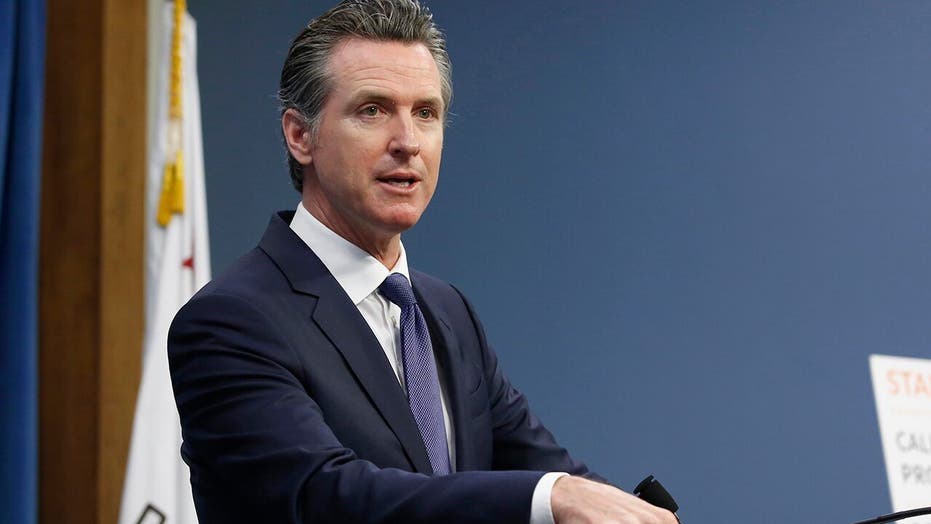 California Gov. Gavin Newsom on Friday made his state the first to require public universities to offer abortion medication at campus health centers, beginning in 2023.

Newsom contrasted the progressive goals of his new law with restrictions recently enacted in other states.

“As other states and the federal government go backward, restricting reproductive freedom, in California we are moving forward, expanding access and reaffirming a woman’s right [to] choose,” Newsom said, according to The Sacramento Bee. “We’re removing barriers to reproductive health – increasing access on college campuses and using technology to modernize how patients interact with providers.”

A number of states -- including Alabama, Kentucky, Missouri, Ohio, Mississippi and Georgia -- have in recent months enacted such abortion restrictions as banning the procedure after six weeks, when a heartbeat has been detected. A number of the restrictions have been challenged in court.

“I am thrilled that Governor Newsom rejected the misguided paths that other states have taken in limiting access to abortion care,” Leyva said in a statement. “Abortion is a protected right, and it is important that everyone — including college students — have access to that right if they so choose.”

The law will rely on private donations, not state dollars, to pay for the services. The state hopes to raise more than $10 million.

Abortion medication is available to women who are less than 10 weeks' pregnant and requires taking two pills. The first pill blocks the hormone progesterone. The second, taken days later at home, causes an effect similar to a miscarriage.

All 34 of California’s public colleges would be required to provide the services.

Religious and conservative groups objected to the legislation. “We oppose any effort to make it easier to abort a baby before he or she is born,” Rudra Reddy, external vice president for the Berkeley College Republicans, told The Sacramento Bee. “Newsom is opposed to the moratorium on the death penalty in California but he’s perfectly fine executing unborn children.”

"Governor Newsom’s reckless support for a new abortion pill distribution scheme on California college and university campuses will put students’ lives at risk and put schools at risk of lawsuits as conscience rights are violated," Students for Life of America president Kristan Hawkins said in a statement. "The Pro-Life Generation will not sit back and watch their college and university campuses be turned into Planned Parenthood’s new money-making machine."

Republicans voted against the measure in committee hearings. A handful of Assembly Democrats abstained during floor debates.

The Department of Finance, under Newsom’s office, also opposed the bill, citing a lack of resources, personnel expertise and private funds to support a program of such “size, scope or content.”