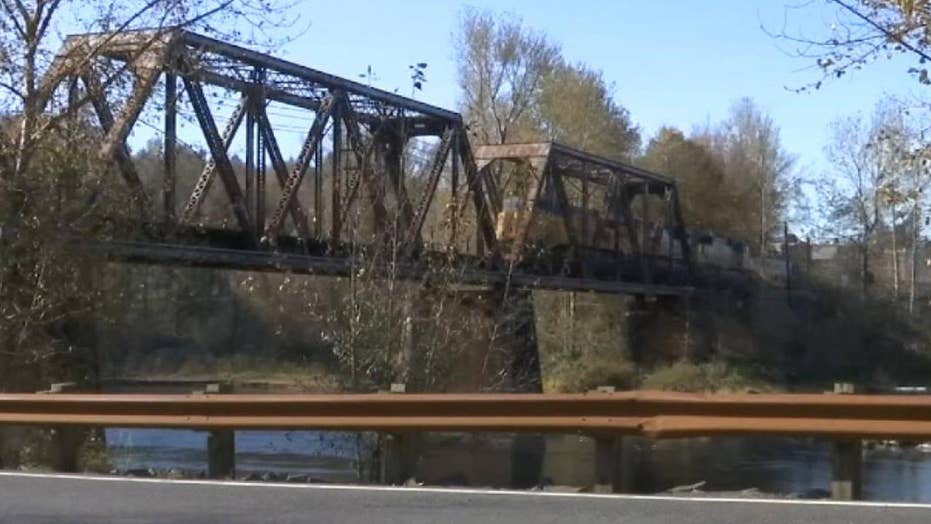 Teenager hit and killed by train in Oregon

Authorities believe the 17-year-old boy was taking senior pictures on the tracks when he was struck and killed by a train in Troutdale, Oregon.

An afternoon meant to commemorate a life moment turned out to be the last moment in a teen's life, when the 17-year-old Oregon boy was struck and killed by a freight train that barreled through while he was near a train bridge to pose for senior photos, officials said.

The incident happened Saturday around 6 p.m. near the Troutdale Bridge along the Columbia River Highway in the city of Troutdale, located about 15 miles east of Portland, Union Pacific told Fox News.

The Multnomah County Sheriff’s Office said they believe the teenager and another person were on the tracks taking photos to mark the boy's senior year in high school when he was struck and killed by an oncoming Union Pacific freight train.

The other person, a female photographer, was "very shaken up" by the incident, officials told FOX12.

Union Pacific said that Multnomah County Sheriff deputies responded to a call that a teenager had been hit by a train and found the teen dead at the scene.

“Our thoughts are with the teen’s family and friends," Union Pacific said in a statement to Fox News. "We plead with parents, students and photographers to not take photos on or near the tracks."

The teenager was struck and killed by a freight train at 6 p.m. on Saturday, according to officials. (FOX12)

The area where the tragedy took place has fences nearby and signs posted that warn "No Trespassing. In addition to "No Trespassing" stencils are emblazoned on the tracks themselves.

The 17-year-old's identity has not yet been released by the medical examiner's office. Someone who was in the area when the accident took place told FOX12 the train was stopped at the scene for several hours while police investigated.

"Trespassing on railroad property is the leading cause of all rail-related deaths in the United States," the Federal Railroad Administration said in an October 2018 report. "More people are struck and killed by trains each year while trespassing – illegally entering or remaining on a railroad right-of-way – than in motor vehicle collisions with trains at highway-rail grade crossings."

For those who do walk along train tracks, officials stress that oncoming trains are not able to stop quickly. A train traveling at 55 mph takes a mile or more to come to a complete stop, according to the FRA.

"An optical illusion makes it hard to determine a train's distance from you - and its speed," according to the group.