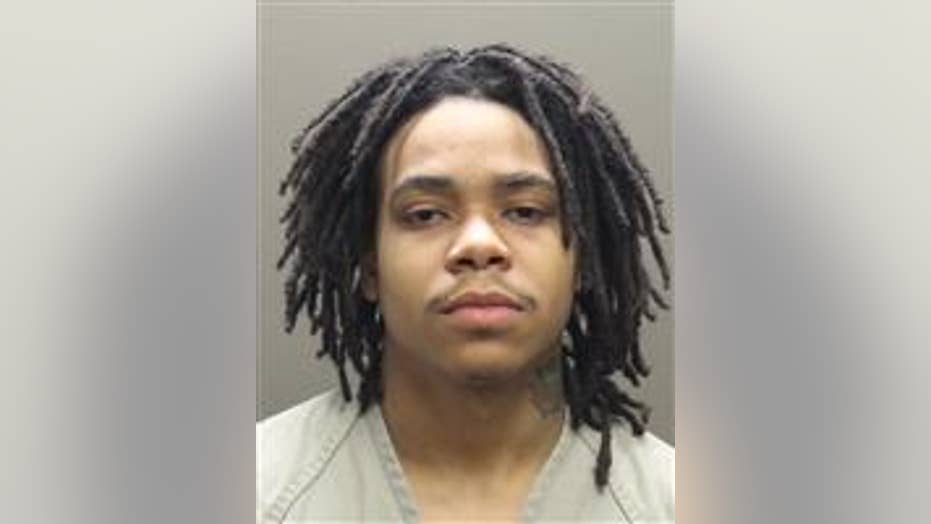 A teen has been arrested in the shooting death early Sunday of an Ohio State University student after an altercation outside an off-campus frat house, according to reports.

Columbus police said they found the victim Chase Meola, 23, in an alley next to the Phi Kappa Psi fraternity house.

Officers responded shortly after 2 a.m. for a report of shooting.

OHIO STATE PLAYER OUT OF HOSPITAL AFTER WEEKEND SHOOTING

Police said Kinte Mitchell Jr., 18, was arrested a few blocks away and charged with killing Meola, The Columbus Dispatch reported.

“Reports indicate that individuals were asked to leave a house party in the area, and an altercation occurred outside,” they said.

Police said Mitchell was not a Ohio State student and they were trying to determine how he wound up at the party.

Phi Kappa Psi had its student organization status revoked in June 2018 and is on disciplinary suspension through August 2022 due to hazing and endangering behavior, according to The Lantern, the Ohio State student newspaper.

“The Ohio State University community is in mourning, and our deepest condolences and support go to the family and friends of Chase,” campus police said in a statement.

Meola was a fifth-year marketing major from Mahwah, N.J.

He was a high school football standout who aspired to work on Wall Street, the Newark Star-Ledger reported.

“Wall Street is where I would like to see my self in the near future,” he said on LinkedIn, according to the paper. “Ohio State was a great place for me learn and perfect all my skills.”