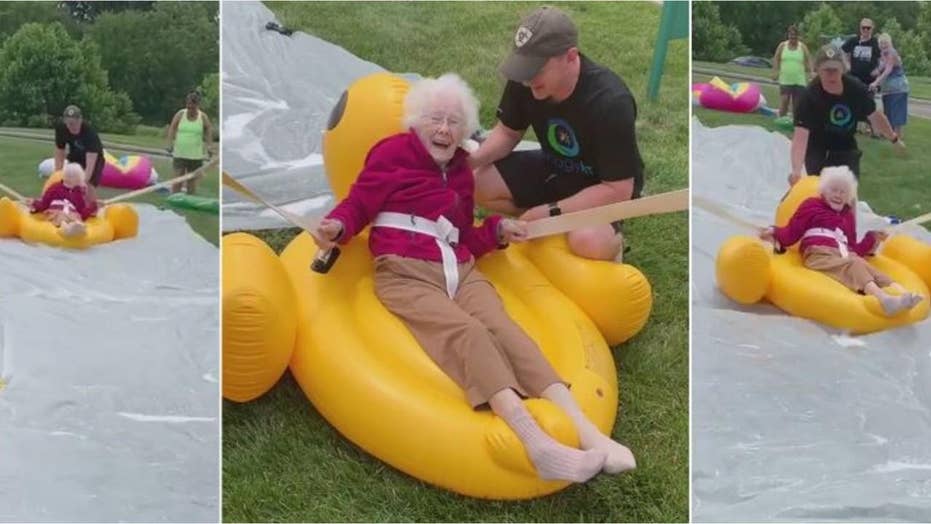 A video posted by an Ohio senior home showed a 94-year-old woman enjoying a ride down a handmade Slip ‘n Slide, and it was all her idea.

A 94-year-old woman is living her best life after a video of her going down a giant slip n’ slide goes viral.

The Oaks at NorthPointe, a senior living home in Ohio posted a Facebook video earlier this month showing one of its residents, Millie, on an inflatable rubber duck going down a giant tarp with the help of some staff members

“Woo!” the resident of two years can be heard saying as she comes to a stop at the bottom of a small hill.

According to officials at the Zanesville facility, the idea for the giant slip n’ slide came from Millie herself.

“She’s the reason we went sledding this past winter. She kept asking us to take her further and further up the hill. She is truly a resident leader. She was the first person down the slip ‘n slide and she ended up going three times,” she continued.

A video from February shows Millie going down a snow-covered hill in a makeshift sled.

The video of Millie’s latest adventure has been viewed over 8.2 million times and has been shared over 121,000 times.