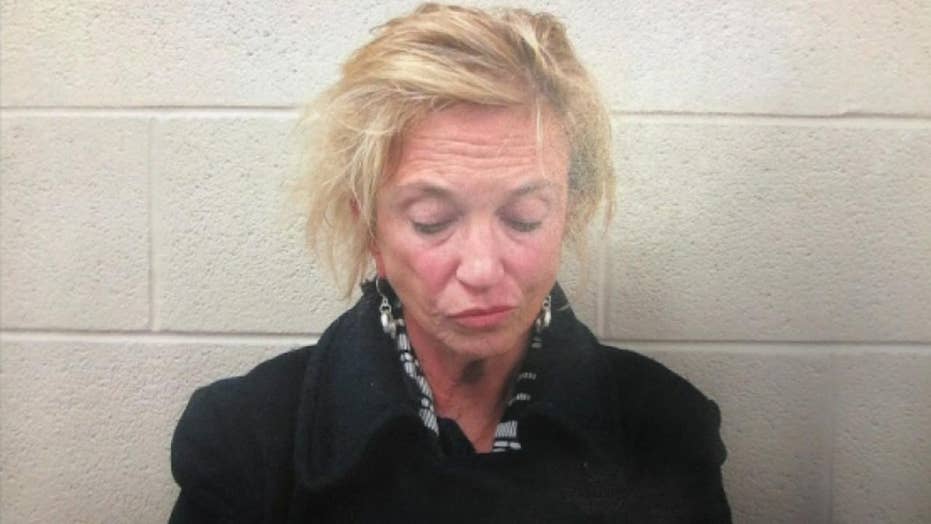 An Ohio judge arrested for suspected drunken driving after crashing her vehicle into a ditch Sunday told an officer she was "so intoxicated," according to bodycam video.

Portage County Common Pleas Court Judge Rebecca Doherty, 55, was arrested after an officer responded to a 911 call about an SUV that drove into a ditch during a snowstorm while the driver was trying to get onto Interstate 76 in Brimfield, located just outside of Akron.

In body camera video obtained by FOX8, a Brimfield Police Officer approaches Doherty in her vehicle, notes vomit inside the door of her vehicle and asks if she's been drinking.

After Doherty identifies herself as a judge, the officer tells her he's taking her back to the police department because it's not safe to conduct field sobriety tests on the side of the snow-covered roadway.

Doherty, a former prosecutor, then can be heard becoming emotional on video when placed in the vehicle, exclaiming "are you kidding me?""

When the officer responds "What am I kidding about?" Doherty replies "I am absolutely out of my mind with," before the officer tells her "you're intoxicated; you crashed your vehicle."

That's when the judge replies: "I am so intoxicated.”

Doherty refused to take a breathalyzer test, which could result in a one-year suspension of her driver’s license under Ohio law, police told FOX8.

OHIO STATE STUDENT WHO WAS ABDUCTED WAS KILLED BY EX, NOT POLICE, OFFICIALS SAY

After being taken to the booking department of the police department, the judge then insisted on calling the Portage County Sheriff's Office and became angered when she was told her phone was still in the SUV.

"Give me my phone so I can make a phone call," she tells the officer.

“Okay, your phone is in a puddle of vomit in your car which is on the side of the road that you crashed into," the officer replies.

The judge was then booked on a charge of operating a vehicle under the influence, according to FOX8. She is scheduled for an arraignment on Friday morning at the Portage County Municipal Court.

Doherty was elected as the Common Pleas Court judge in 2015 after working in the criminal division of the Mahoning County Prosecutor’s Office since 2009, according to the Record-Courier.