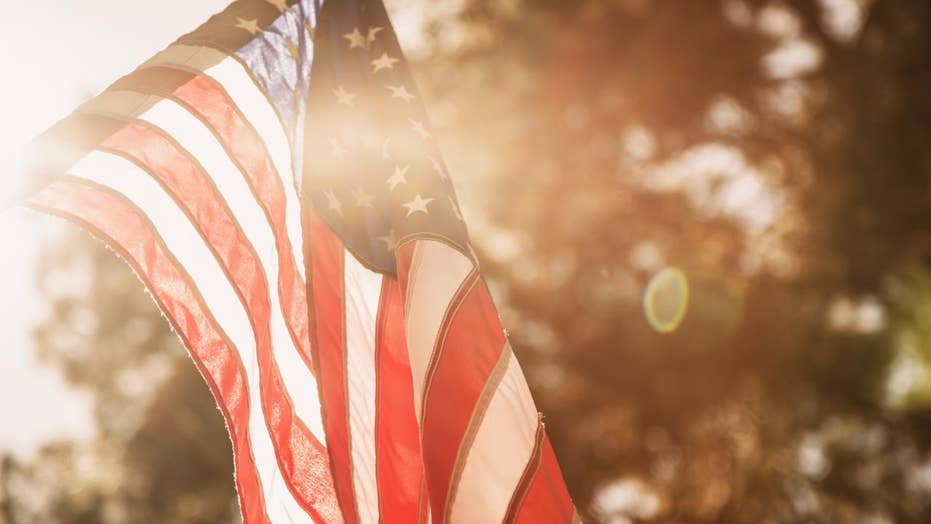 A state trooper saved the day for a 3-year-old boy whose favorite toy "booboo" flew out of his hands on the Ohio Turnpike, leaving him in tears.

Ohio Trooper Alex Schlottag found "booboo" Sunday and reunited the toy with the boy named Camden -- much to the appreciation of the boy’s mother, who wrote about what happened on Facebook.

"So if you know my son, you know he has to have his booboo at all times, well while on our travels home from Michigan, he decided to put booboo out the window going 77 miles per hour on the Ohio turnpike, next thing I know he's screaming 'mommy my booboo!'" Leah Sharkey wrote.

Camden was all smiles after Ohio Trooper Alex Schlottag found his "booboo" Sunday and returned it to him. (Ohio State Highway Patrol)

HOTEL REUNITES GIRL, 10, WITH STUFFED ANIMAL SHE LEFT BEHIND ON VACATION

She said she knew she couldn’t turn around so she started backing up along the side of the road. She didn't get far before Schlottag showed up with his lights on.

"The officer comes up to the window, asks if everything is okay as I tell him what just happened in tears, he takes down my phone number, tells me to continue on my journey and he will double back to see if he can find booboo and will call me either way," Sharkey wrote.

After about 30 minutes, she got a call from the trooper saying that he had the toy and where to find him, WTVG reported Monday.

"THANK YOU SO MUCH TO OFFICER ALEX SCHLOTTAG OF THE OHIO STATE PATROL, you have no idea how much it meant to him and I both, we will never forget this," Sharkey wrote.

Ohio State Police posted a photo of Camden with Schlottag on its Facebook page Monday.